Sponsored by Homes of Elegance 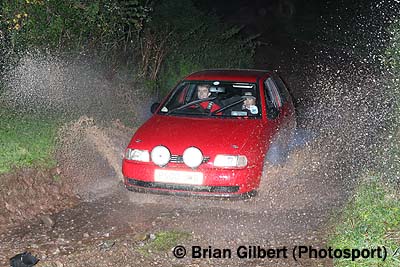 
Reian Jones/Cadog Davies scored a popular win on the 1000 Lames Rally, the latest round of the Welsh Championship. Steffan ‘DR’ Davies/Michael Gilbey had led for most of the event but a puncture on the last section meant that they took the runner up spot. Ian ‘Dude’ Roberts/Gwawr Hughes seem certain to retain their Welsh title but retired from the 1000 Lanes with suspension failure.