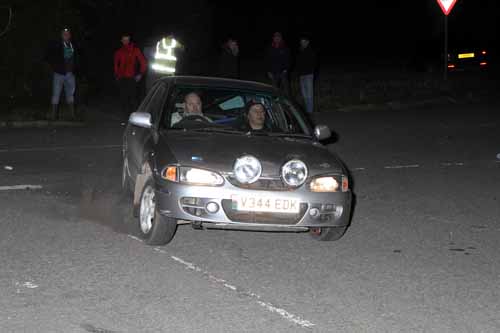 Clerk of the Course: Stuart Thomas


The Automark Novice Rally was won by Ian Jones/Andy Darlington. They increased their halfway lead of two minutes to almost five at the Finish. Josh Taylor/Sam Bailey moved up from sixth place at Petrol to take the runner up spot. Top seeds Alun Pierce Jones/Sion Pierce Jones could have won but picked up a fail for booking in early on a neutral section.