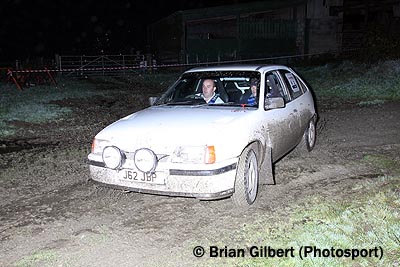 
John Davies/Eurig Davies took a dominant win on the Cilwendeg. This was the fourth time the pair has won the classic event together and the fifth victory for the driver. They were never headed and came home over two minutes clear of the field. Their task was made slightly easier by the fact that they were the only one of the top four seeds to finish the rally.

There was a close battle for the win the Experts Class; Mark Lennox/Ian Beamond dropped five seconds with a spin on the last section and lost the category by just two seconds to Dylan James/Ceri Davies.