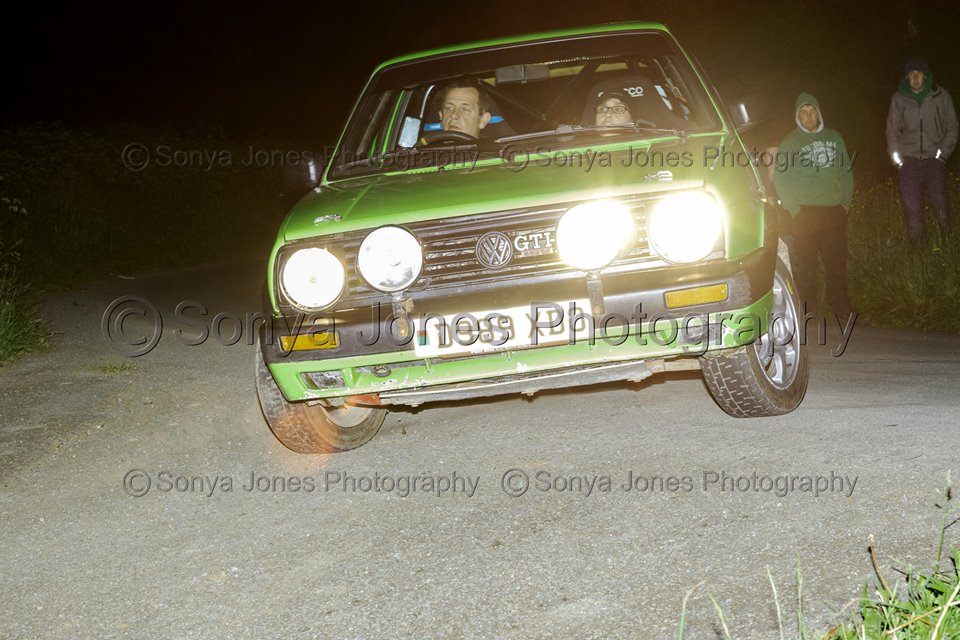 Clerk of the Course: Gary Mitchell


Reigning Welsh Champions Ian ‘Dude’ Roberts/Gwawr Hughes took their first win of the year on The Eagle Road Rally. The pair finished the event almost two minutes clear of the field, however this didn’t reflect the intense battle for the lead that lasted for most of the event.

Mark ‘GT’ Roberts/Dylan Jenkins led initially but they then retired when a driveshaft broke. This put Kevin Kerr/Huw Rhys Manion into the top spot and they arrived at Petrol with a lead of 40 seconds over the eventual winners.

However the result was decided immediately after the restart when a tricky to find slot caused difficulty for many crews. A number, including the erstwhile leaders, lost minutes on the section, even though a No Board had been placed just beyond the entrance to the track. Kerr/Manion now trailed Roberts/Hughes by 90 seconds and were unable to make up the deficit over the remainder of the route.

Alwyn Passant/Denny Harris survived a puncture to win the Expert class and take fifth overall; however without the lost time caused by the deflating tyre they would have been second.

Top seeds Richard Jerman/Lowri Davies were forced out of the event with overheating problems on their Escort.