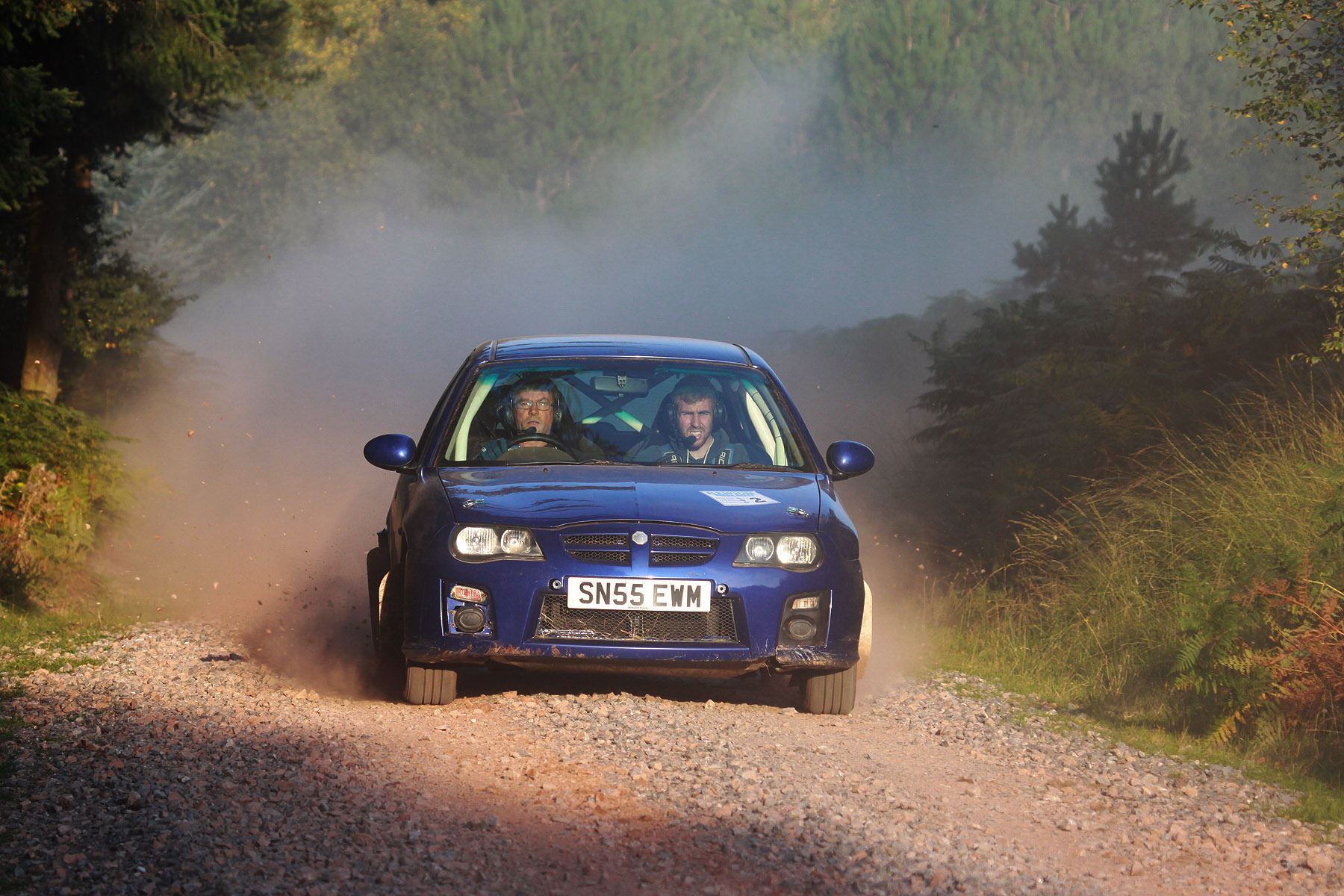 
Jamie Jukes took his second rally win within a week when Ross Whittock guided him to a dominant victory on the Exmoor Targa Rally.

The event consisted of ten tests; the first two being a run up the Porlock Toll Road. Crews then embarked on three forestry tests at Knowle, Whits Wood and Croydon. The latter was a mammoth 8 mile test. After a lunch break the five tests were tackled again.

Top seeds Paul Sharp/Gruff Parry held the lead after the first Porlock test. Lucas Redwood/Rob Newell had been fastest up the hill but three cone penalties added 30 seconds to their total and that dropped them to 11th overall. Jukes/Whittock hit the front after the second run; it was a lead they weren’t to relinquish. By lunch they were 34 seconds ahead of Sharp/Parry, who in turn had a 14 second advantage over Ben Smith/Simon Harris. These three crews were over two minutes in front of the rest of the field.

After the five afternoon tests Jukes/Whittock extended their lead to almost two minutes, while the focus moved to the fight for second. Sharp/Parry held on but by just six seconds at the Finish.