Clerk of the Course: Martin Leonard 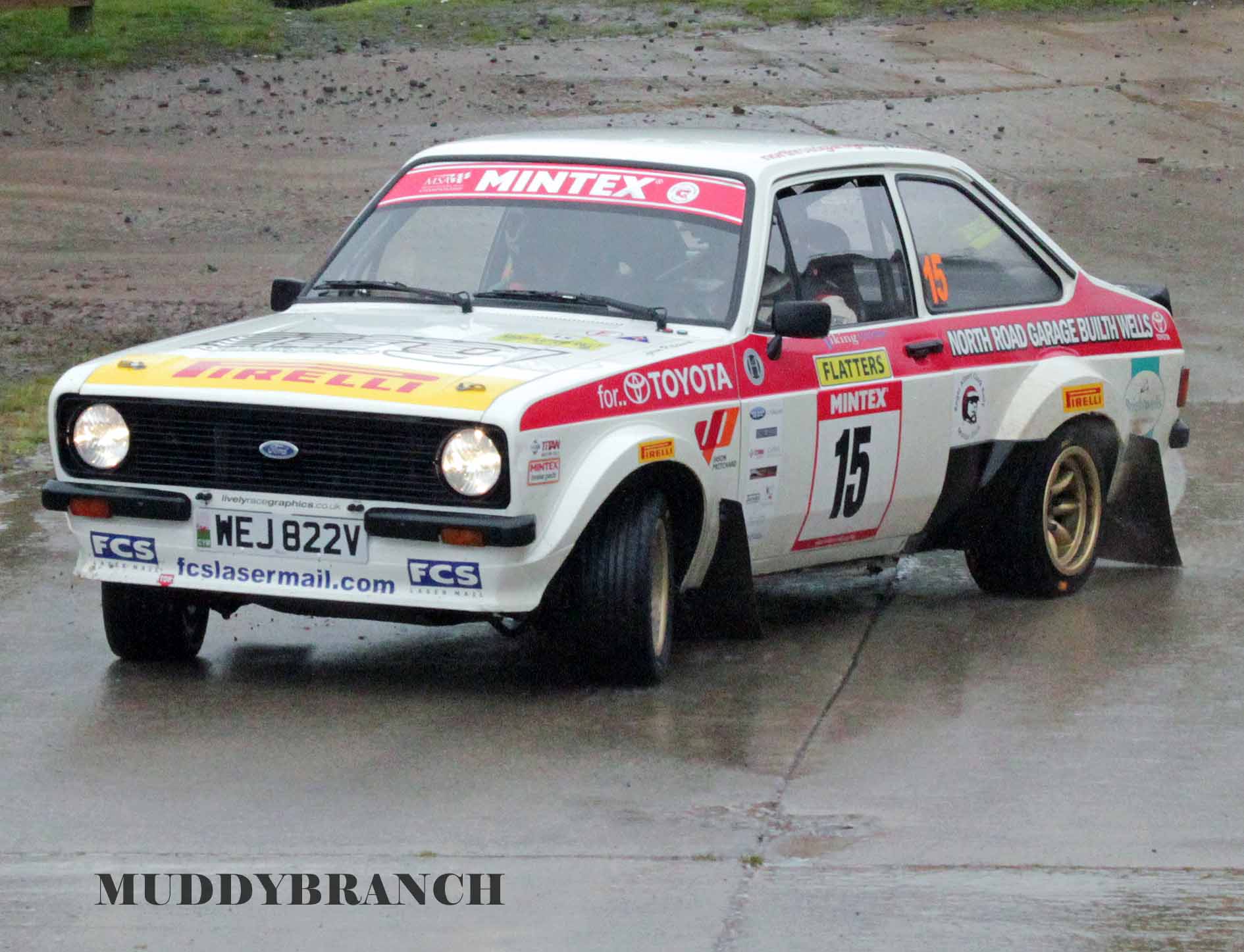 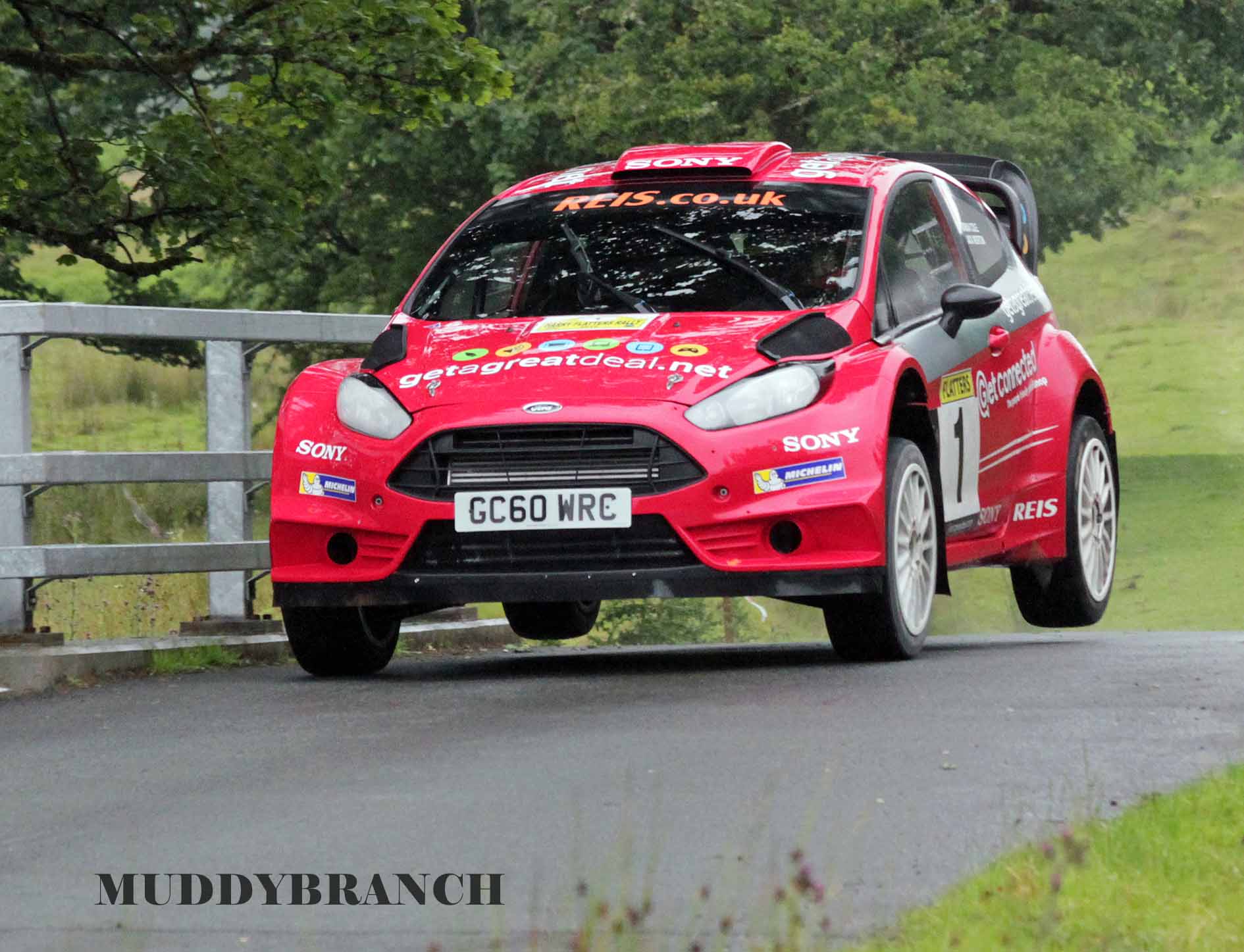 
Damian Cole/Jack Morton survived at times monsoon conditions to give their new Ford Fiesta RS WRC a debut win on the Harry Flatters Rally. In the process Cole took fastest time on three of the rally’s five stages. None of the stages were shorter than 12 miles and four were over 14 miles.

The Epynt Ranges were belted by driving rain for most of the day but the worst conditions were suffered by the leading runners on the opening stage.

Cole described a massive moment as the Fiesta aquaplaned on the approach to Quarry Bridge. He ended the test in joint third place. The rain had eased quickly and cars running just ten minutes behind had better conditions. It was still a surprise when it emerged that the BMW of Mark Jones/Terry Martin, running at number 21, not only topped the times, but did so by 15 seconds. It was an heroic effort which left the cars that Jones passed on the stage in awe at the speed of the E36.

Second place went to No.25, the Mitsubishi Colt of Sean Crowley/Emma Jones, they stopped the clock three seconds ahead of Cole. They slipped to third after SS2 but then went out of the event when they slid wide at a triangle on SS3, hit a rock and did terminal damage to their car’s steering.

Car 19 Phil Turner/Simon Anthony had matched Cole’s time on SS1. They slipped back to sixth place, a position they maintained until the end of the rally.

Steve Petch/Ian Windress were fifth over SS1 and looked poised to move up when, early on the second stage, they got out of shape on a bridge and skidded off the road, beaching their Proton, they unable to continue.

On SS2, with conditions slightly drier, Cole took fastest time and narrowed the gap to Jones. Taking 12 seconds out of the BMW’s lead, he was only six seconds behind. On the third stage Cole took another 14 seconds from Jones and moved into first place; a lead he wasn’t to lose. He finished the day with two further fastest times to give the new Fiesta a perfect debut. It had been a highly successful day.

Eian Pritchard/Steve McPhee had had a difficult first stage when, during the deluge, the wipers on the Focus stopped working – “I couldn’t see a thing” declared Pritchard at the stage finish. As a result he found himself in eleventh position after the test. The rest of the day was spent fighting back from this misfortunate. His progress was steady: eighth after SS2, seventh after SS3 and fifth after SS4, he finished in third place, just 14 seconds behind Jones’s BMW.

Bob Fowden, the winner of the first Harry Flatters in 1985, also had a bad start to the day. His Impreza picked up a puncture two miles from the end of SS1, he drove to the end of the stage and as a result found himself in 18th place. His day got better and, after taking fastest time on SS3, he was in fourth place with one test to go. However a turbo failure on SS5 meant that he and co-driver Ashley Trimble failed to make the Finish.

Fowden had been embroiled in a close battle for the win in the M6 Class. It had seemed that he was likely to take the class win on the final test, but his retirement meant that Simon Chapman/Paul Wakely secured the category triumph and fourth overall in their Proton. Although another class rival David Tinn was only 18 seconds and one place overall behind at the end.

Christian Prynne/Lewis Prynne had led Class M4 from the start. They had a 40 second advantage over their nearest rival after SS3, but retired on the fourth stage when a driveshaft broke. Leighton Smith/Mark Powell then took over the lead in their 205 and finished with a winning class margin of two minutes.

The three smaller engined classes all had clear leaders from the off and all survived to the end. Lloyd Morgan/Marc Clatworthy in Class M1; Richard Bliss/Jamie Vaughan in M2 and Kevin Tappin/Charles Tappin in M3. The latter crew taking their Escort to eighth place overall.