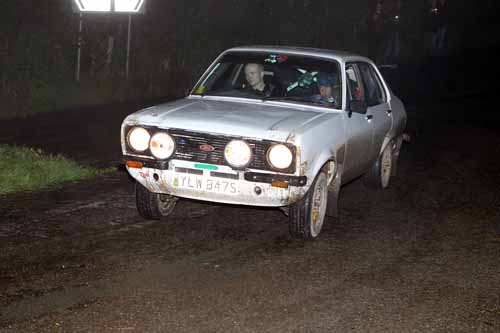 Clerk of the Course: Paul Jones


Richard Williams/Max Freeman took a dominant win on the Rali Gogledd Cymru. It was a last minute pairing as Freeman was due to compete with Andy Davies, however the latter’s Impreza blew a diff as it was being loaded onto its trailer and Aberystwyth’s Richard Williams was drafted in as a replacement.

The pair were initially headed by the top seeds Martin Lloyd/Rob Lloyd, however the winners hit the front at the quarter distance mark after the Lloyds had to retrace their steps to collect a signature for a route check. By Petrol Williams/Freeman were 55 seconds in front and extended their lead slightly over the easier second half of the rally to finish almost a minute clear.

Leigh Powley/Gareth Price took the runner up sport, as they just held off a challenge from the recovering Lloyds, who cleaned the second half.

John Paul Williams/Roger Evans had been challenging for the lead but withdrew after missing out a time control.

John Leckie/Sion Matthews would have been classified in fourth place but they were amongst eight crews to be excluded for give way infringements.

The JD Romain Novice Rally, which ran alongside the first two-thirds of the Gogledd, was won by Rhys Williams/Iwan Williams. 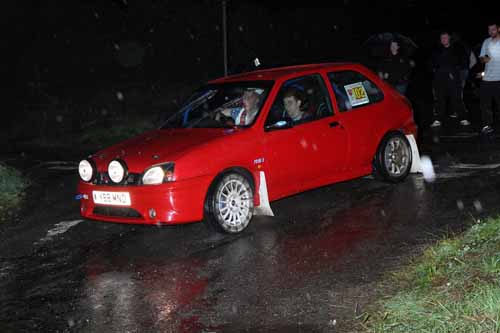