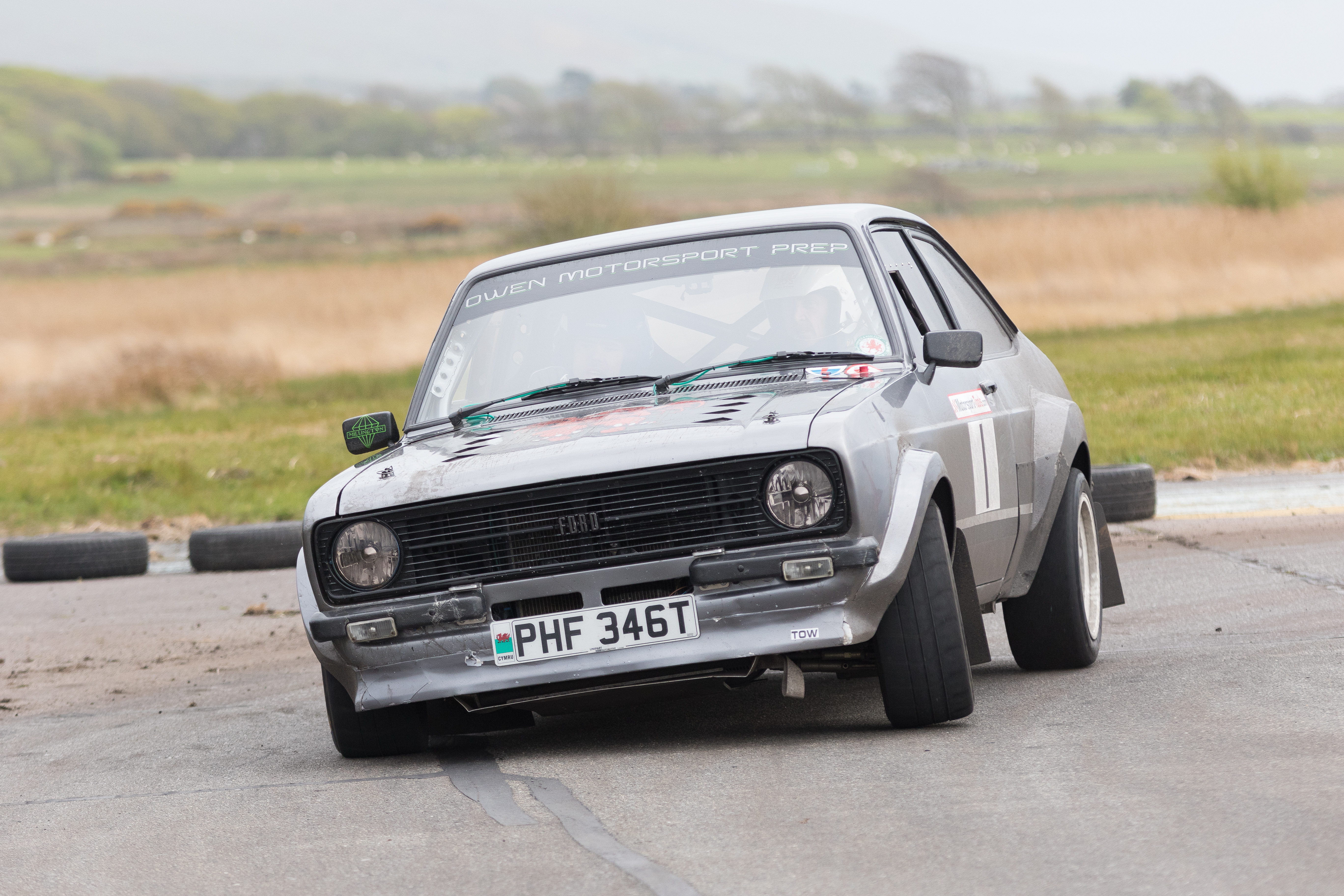 Clerk of the Course: Arthur Jones


Wil Owen/Rob Hopewell dominated the Toyota Harlech Stages, coming home almost a minute and a half ahead of the field to record their second successive victory on the North Wales event.

There were just 26 starters; the low number being partly accounting for by the event being dropped from the Welsh Championship after its forced change of date from the end of the month.

Wil Owen was fastest by 12 seconds on SS1 and increased the lead to over a minute after SS3. He went on to take fastest time on six stages, losing out on SS5 when he indulged in three spins and on the final test when victory was assured.

The chase was led all day by Lyndon Barton/Simon Hunter. Barton was competing in the Ace Suspension Escort which he used to own, after his planned BMW steed developed engine problems. Slowed by understeer problem initially he got things sorted and after lunch kept the gap to the leaders stable at just over a minute and took fastest time at the end of the day on SS8.

Rob Hughes revelled in the power of his Millington powered Focus on the wide open spaces of the airfield and came home third, half a minute ahead of Brandon Smith’s Darrian.

Gary Ollerenshaw put in an impressive performance, finishing fifth overall in his Honda Civic on his first stage rally.

Emyr Owen/Eilir Williams, running on cut slicks despite the drizzle, had put their 1600cc Peugeot 106 into third place by SS4, but then, after a Judge of Fact’s report had been received, found themselves relegated down the order for straight lining a chicane. They underlined their speed by taking fastest on SS5, before withdrawing from the rally.

Conrad Law was another driver penalised for missing a chicane; a penalty that cost him a fifth placed finish.