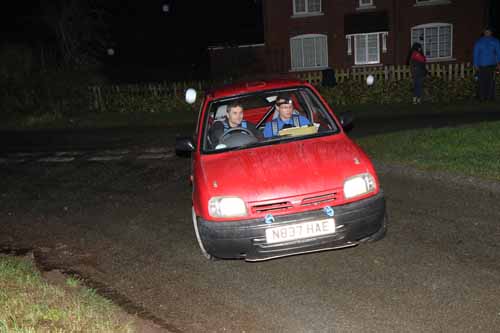 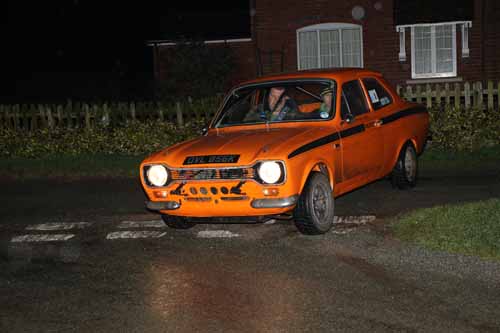 Clerk of the Course: Chris Wilson


The Roamerlite Novices Road Rally, run in very wet conditions, was won in emphatic style by Terry Bennett/Mark McGivern, the pair finished almost two minutes ahead of the field on the traditional end of season event. They had been in fourth place at the halfway point but a storming second half saw them pull clear of the opposition.

The runner up spot was taken by the Mexico of Nick Skidmore/Jez Rogers, who had moved up from the sixth place that they had held at the mid-point regroup. The leaders at that point had been Nigel Ikin/Lewis Mason, they fell back to third at the Finish.

Ricky Crone/Jamie Mills would have held the lead at halfway but they had missed a PC and the resultant fail dropped them down the order.

Richard Williams/Dave Price were the quickest crew of the night but, being Semi-Experts, they weren’t eligible for overall positions.