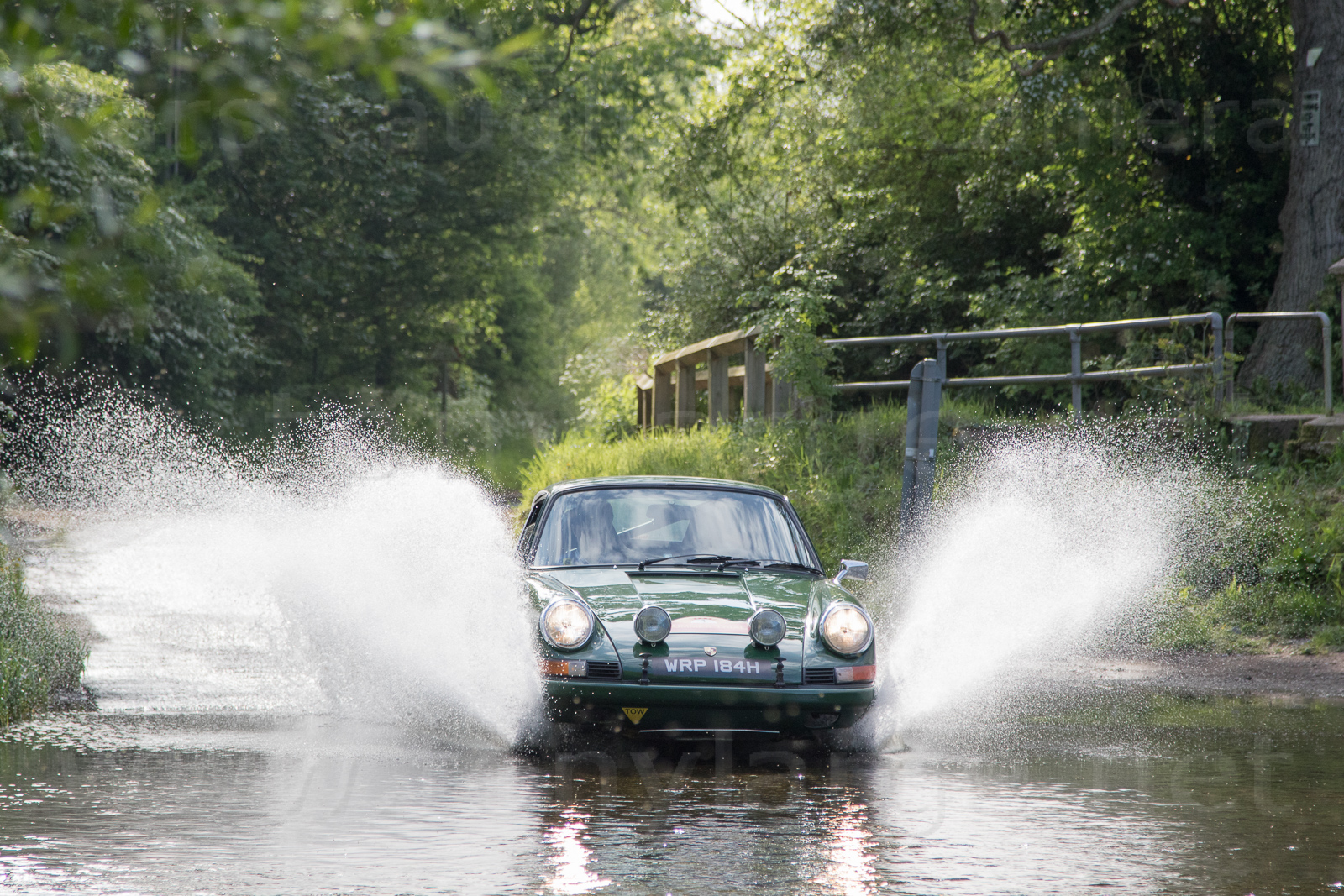 
HERO’s three day Summer Trial saw an event long battle for the lead between the Porsche 911 of Paul Crosby/Andy Pullan and the Austin-Healey 100 of Chris White/Leigh Powley. The Leamington Spa based Trial started with an afternoon consisting of two tests at the Stoneleigh Agricultural Showground and two short regularity sections. By the end of these most crews had penalties of just a few seconds and Crosby/Pullan led by five from a tie for second place between White/Powley and Keith Daniels/Niiki Daniels (MGB Roadster).

Saturday was to be the meat of the event with a route that took crews into Worcestershire, for two runs up the Shelsley Walsh hill climb, and then down to the Cotswolds. Crosby/Pullan had an excellent morning picking up just three seconds of penalties and extending their lead to 14 seconds. However everything changed on the regularity section leading to the lunch halt near Pershore. The leaders missed a slot and lost 44 seconds. Most crews reported problems but White/Powley, despite their own self doubts, had a relatively clear run and emerged with a lead 21 seconds.

Their success was to be short lived, an error leading to the last time control of the day saw White/Powley pick up a penalty of 25 seconds, as opposed to Crosby/Pullan’s one second. The positions were reversed once more and the Porsche crew ended the day with the same five second lead they had held at breakfast – both crews had picked up exactly the same amount of penalties during the long trek through the Southern Midlands.

On the two regularities that opened the Sunday finale White/Powley closed the gap to the leaders by two seconds. However on the first test at the Gaydon Heritage Centre Crosby/Pullan yet again were the fastest in their class, meaning that they got zero penalties, while White/Powley were only third in their class and added four seconds to their total. It was decisive. Fastest again on the second Gaydon test, Crosby/Pullan added two more seconds to their lead as White/Powley improved to be second in their class. Things didn’t change significantly on the final two regularities of the event and so Paul Crosby/Andy Pullan finished as winners.

There was also a ding-dong battle for third position between Triumph TR3 of Steve and Julie Robertson and the Mercedes Benz 280SL of Barry and Roma Weir. The latter crew were particularly impressive on the tests where Brian got the big car into fastest time in his class on several occasions. The TR3 was ahead at the start of the final day but the Mercedes had pulled in front by the Gaydon halt. The Robertsons managed to pull ahead on the last regularity to take third position by two seconds at the Finish.