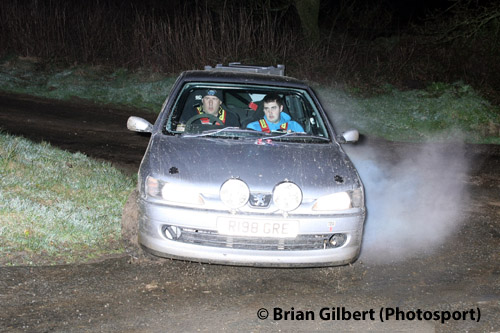 
Teifi Valley MC’s Rali Bro Preseli was won by the Peugeot 306 of Tim Hand/Jason Davies. It was a close run thing as the winners only hit the front on the final section, when they overhauled long time leaders Mike James/Aled Johnson. The two crews finished only ten seconds apart but they were almost two minutes ahead of the rest of the field. Despite not being open to expert crews, the event attracted an oversubscribed 75 car entry.