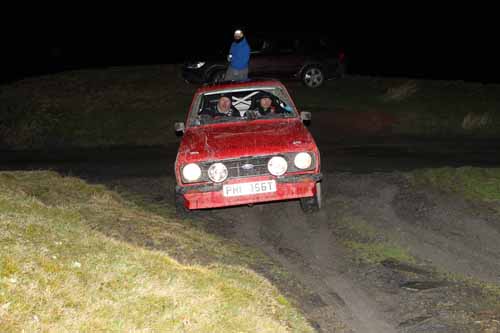 Clerk of the Course: Brynmor Pierce


Three-time West Euro Cup Champion Guy Woodcock made a triumphant return to road rallying when he and navigator Steve Herbert took a resounding win on the Rali Bryniau Clwyd. They finished the event the best part of a minute clear of the opposition, having led throughout the night.

Dale Furniss/Nick Bloxham were the only crew to keep within touch with the leaders. They dropped time at four controls, the same as Woodcock, but only beat the winners on one of them. Ian ‘Dude’ Roberts/Gwawr Hughes were four minutes off the lead in third place.

Mark ‘GT’ Roberts/Steve Price were in fourth at Petrol but withdrew at the halt due to a misfiring engine. Previous event winners John Paul Williams/Roger Evans went out at an early stage when a wheel bearing collapsed on their Impreza.