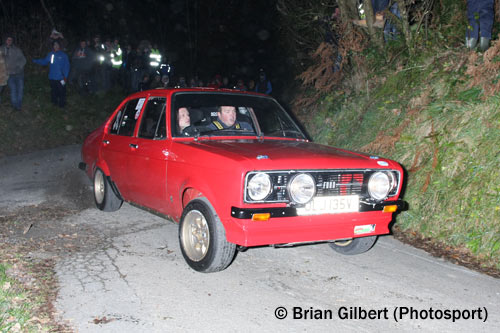 
Having won the penultimate round of the Welsh Championship, Kevin Davies/Dale Bowen finished the year by securing victory on the final round, the Rali Cilwendeg. The pair were never headed and came through to repeat their 2013 success on the rally. John Davies/Eurig Davies were looking for their fifth win together on the classic event but had to settle for second place. Wyn Owens/Jenny Evans put in an excellent performance, finishing in fourth and taking the Expert Class win.