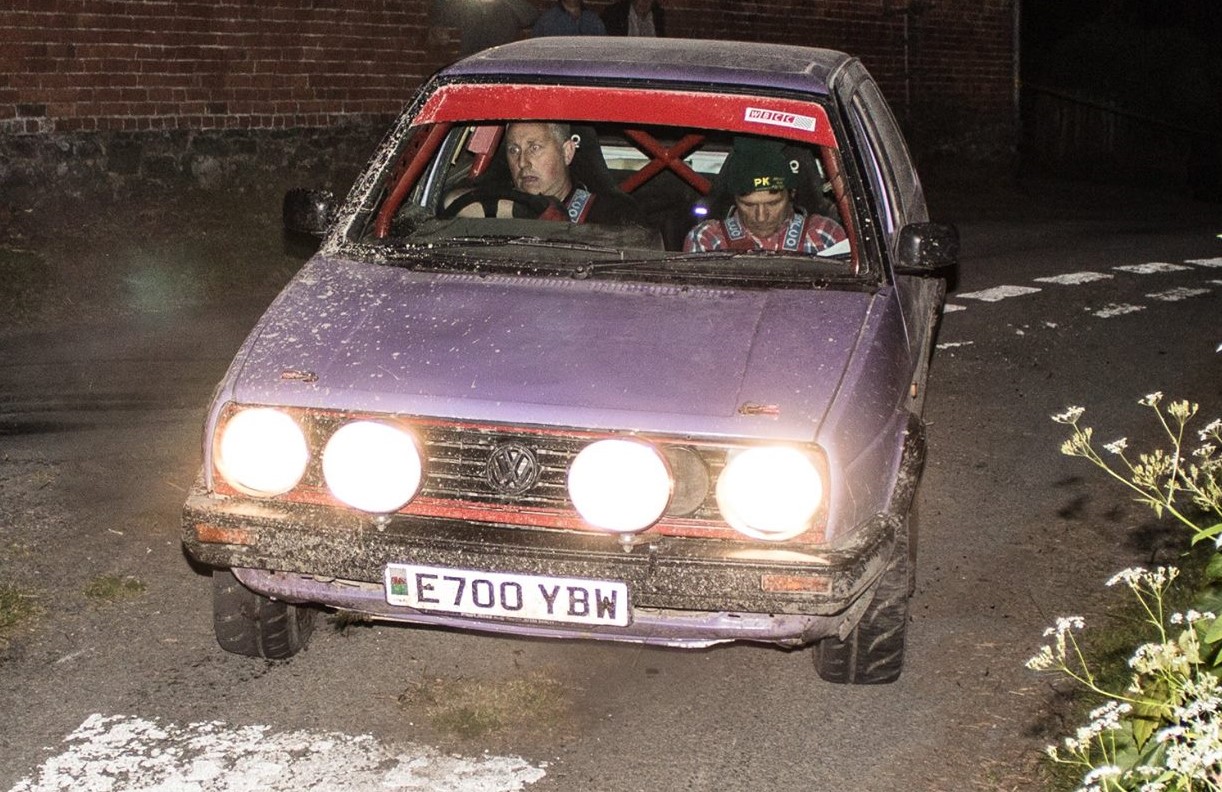 
Mark ‘GT’ Roberts/Dylan Jenkins held off a late charge from Ian ‘Dude’ Roberts/Gwawr Hughes to win the Eagle Road Rally. The latter crew had been over two minutes behind at the petrol halt, which was taken at two-thirds distance. However, they narrowed the gap to just six seconds at the Finish, but just missed out on the win.

Kevin Davies/Dale Bowen had been in second place at Petrol but retired in the second half. Dale Furniss/Nick Bloxham were also a non-finisher due to a broken exhaust on their Golf.

It was a tough event with just 31 of the 72 starters making the finish.