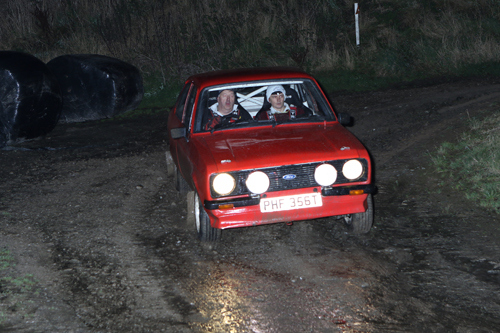 Clerk of the Course: Al Hayward


After picking up an unnecessary two-minute penalty for early arrival at a control on the opening section of the Automark Farrington Trophy Rally, Guy Woodcock/Andy Pullan fought back to take a comfortable win on a highly demanding event. This was the fourth Farrington win for Woodcock and the third time in a row that Pullan had taken the Farrington Trophy. Their task was made easier by the retirement before Petrol of both Steven John Williams/Baz Green and John Paul Williams/Roger Evans, the latter suffering ECU problems on their Impreza. Ian Lloyd/Cyril Jones led but went out with clutch failure later on. This allowed young Carl Acott, who had Stu Thomas on the maps, to take the runner up spot.