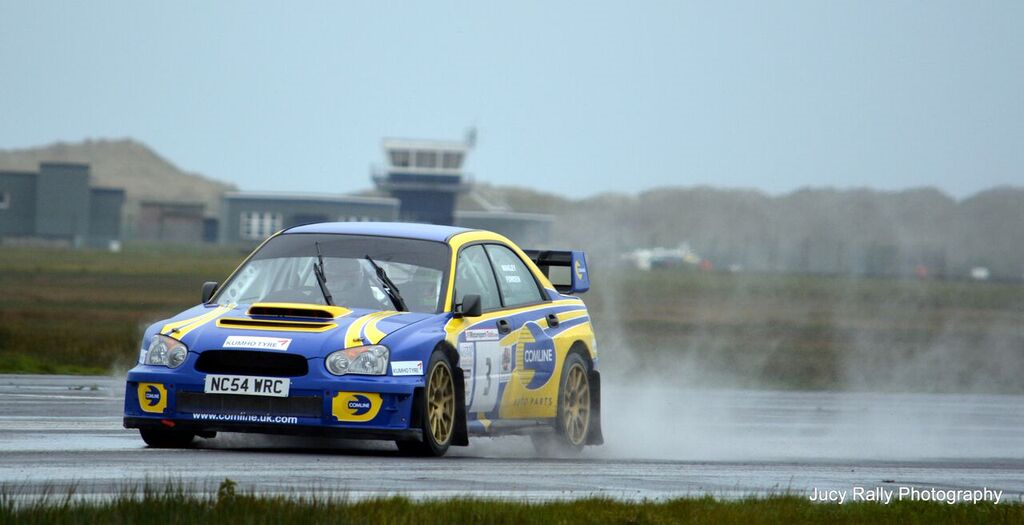 Clerk of the Course: Arthur Jones


Bob Fowden/Paul Wakely took their second Welsh Tarmacadam Rally Championship win of the season when they scored an emphatic win on the Toyota Harlech Stages. The pair won the 50-mile event, which was run in wet and murky conditions, by just under a minute.

Last year’s winners Wil Owen/Rob Hopewell led initially in their Escort as they beat the four-wheel drive opposition by eight seconds on the opening stage. However, they were slowed by transmission problems and lost the lead to Fowden on SS4 and retired soon afterwards.

Fowden led from SS3 until the Finish, taking fastest time on six of the eight stages, including all the last five. The close fight for second place was won by Rob Tout/Ian Jones in their Lancer E10, they ended the day 18 seconds ahead of the Darrian of Bruce Edwards/Jim Smith.