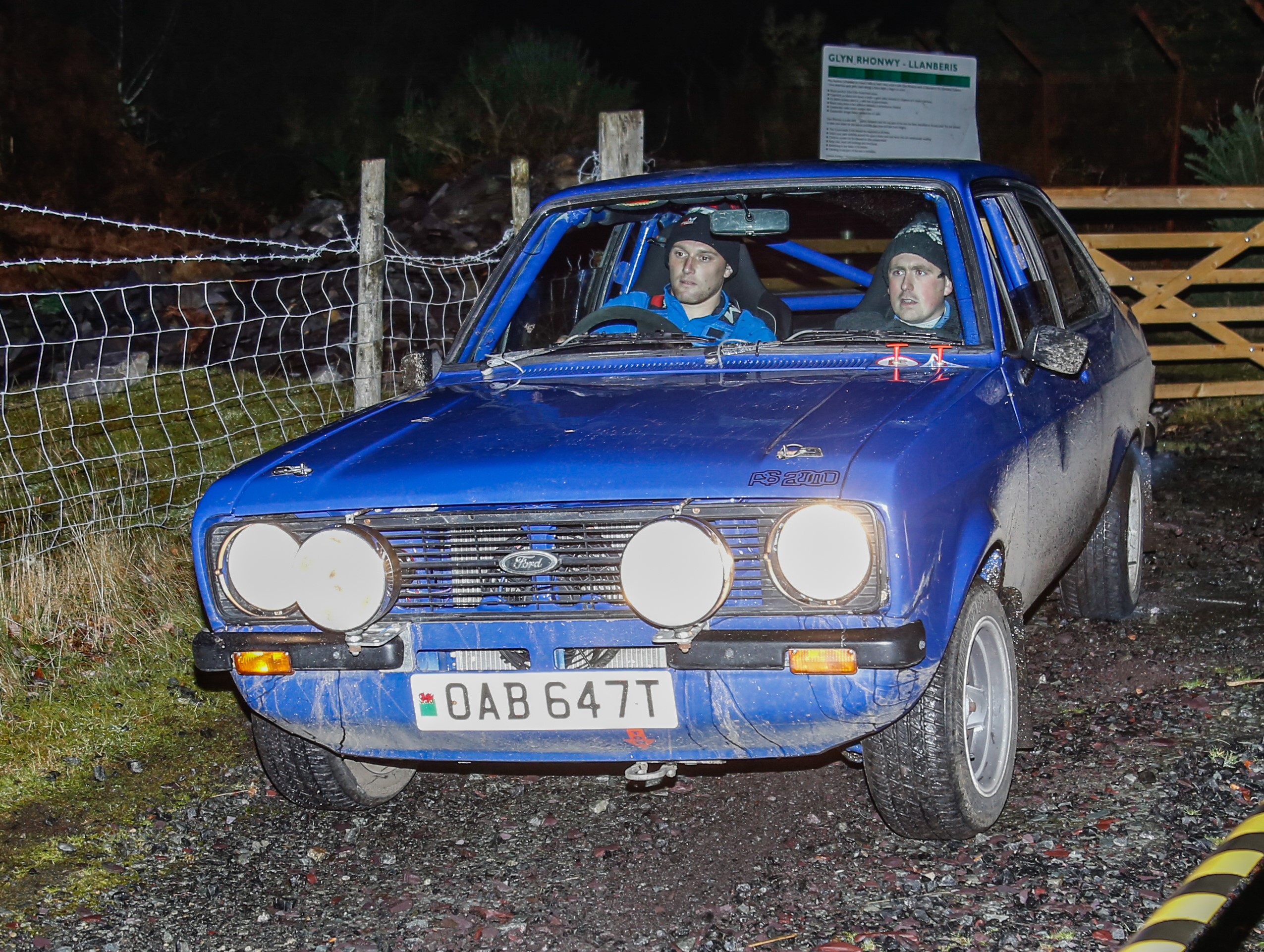 
Once again a North Wales rally was won by the rapid Escort of Arwel ‘Sbidi’ Hughes-Jones/Huw Rhys Manion, as they took victory on the JJ Brown Memorial Rally. The event, run in wet and extremely slippery conditions, was nicely times with the winners dropping time at four controls.

Carwyn Evans/Dylan John Williams put up a strong challenge, having got to within one second of the winners at one point, they finished 18 seconds down at the end. Kevin Kerr/Dale Bowen had also been in the hunt initially but faded in the second half. Paul Morris/Merfyn Williams retired with a failing clutch in the first half.