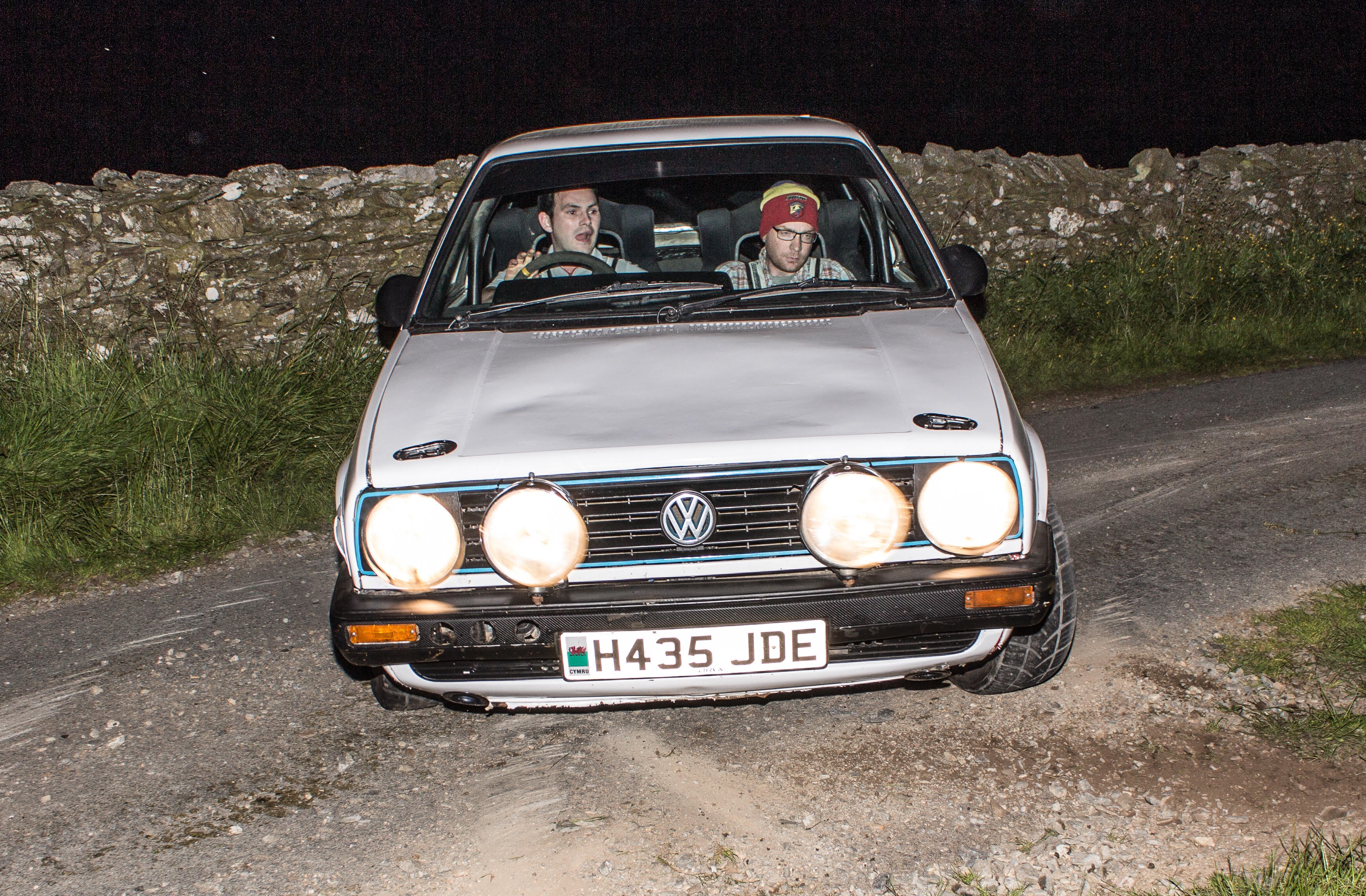 
Having maintained a consistently high pace throughout the night Dale Furniss/Nick Bloxham achieved their second Welsh Championship win of the year on the PK Memorial Rally. In a nicely timed event the winners dropped time at four controls but just reached their target at a number of others.

Ian ‘Dude’ Roberts/Gwawr Hughes were never far behind and took second place, a result that makes it look as if these will be the two crews fighting for the championship at the end of the season. A VW Golf 1-2-3 was rounded off by Mark ‘GT’ Roberts/Dylan Jenkins.

Carwyn Evans/Dylan John Williams might have challenged for the win but lost three minutes changing a puncture in the first half. They were the quickest crew over the second half and recovered to ninth at the Finish. Punctures also led to the retirements of top seeds John Paul Williams/Max Freeman and Mark Lennox/Ian Beamond.

Two time Motoring News Road Rally Champion John Millington took the start on thr PK Memorial Rally. This was his first appearance on a road event since the JJ Brown Memorial Rally 1985, the very last MN Championship event. Navigating for Guy Woodcock, he was in eight place at the petrol halt but was denied a finish after their car failed the damage check at the end of the rally. The former M-Sport WRC Coordinator won the MN Championship in 1981 and 1985, on both occasions navigating for Ron Beecroft.