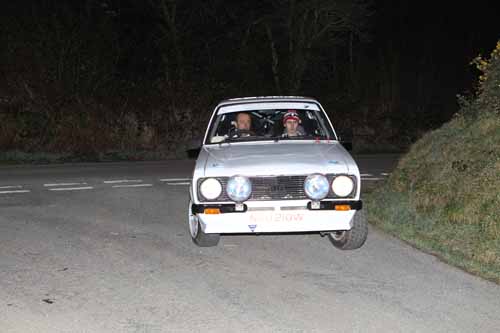 
Carwyn Evans/Dylan John Williams took a clear win on the Rali Llyn as they finished 30 seconds ahead of a highly competitive field. This was the driver’s first win on the event in 12 years, but the third in five years for the navigator.

Arwel ‘Sbidi’ Jones/Iwan Jones had built up a lead of 27 seconds after four section but they were then forced out with engine maladies. Gareth Rhys Jones/Aron Jones just held off a second half charge from last year’s winners Kevin Kerr/Huw Rhys Manion to secure the runner up spot.

At Petrol Shon Roberts/Dion Morley held a huge lead in the Semi-Expert class and lay in eighth place overall. Unfortunately, their Escort broke a drive shaft in the second half and they failed to finish.