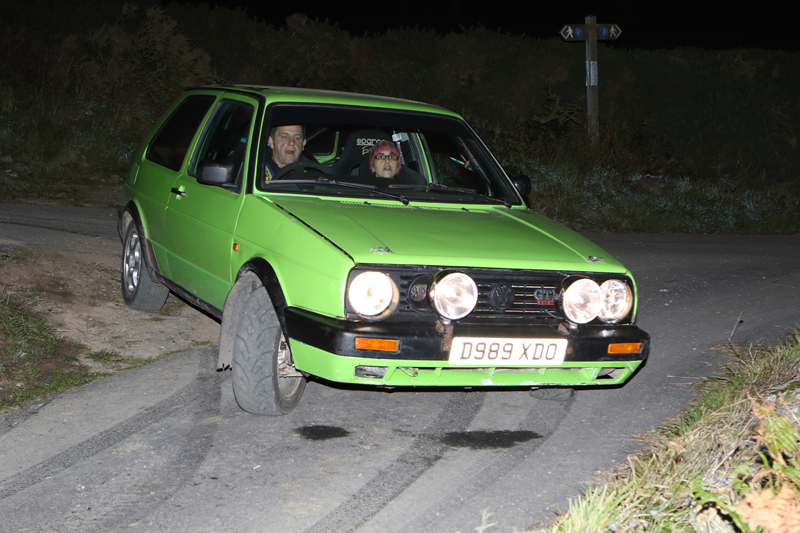 
An excellently organised Rali Mon was won by reigning Welsh Champions Ian ‘Dude’ Roberts/Gwawr Hughes; they completed the route dropping just one second. Local hot shots Tom Edwards/Daniel Jones were on the winner’s tails throughout and finished four seconds behind.

The first time pairing of Mark ‘GT’ Roberts/Ian Beamond proved an effective partnership as they were in third at Petrol, unfortunately a failed wheel bearing stopped their Golf in the second half.

Top seeds Arwel ‘Sbidi’ Hughes-Jones/Dylan John Williams were clean of penalties until the fifth section, there they dropped 40 seconds after wrong slotting on the tricky beach road near Valley Airfield. They finished sixth.

After Dale Furniss’s last minute withdrawal Nick Bloxham jumped in to navigate for Russell Wooley and the pair finished in fourth place.