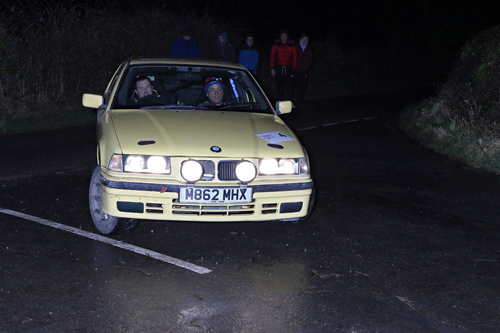 
The Tour of Anglesey was won by the local pairing of Merfyn Williams/Paul Morris, who finished narrowly ahead of Richard Hunter/Gary Evans. Once again Mark Lennox/Ian Beamond missed out on a win. They were fastest on all of the six tests at the Anglesey Circuit that opened proceedings and, despite having their lead cut, were still in front with two sections to go. However a major wrong slot cost them over two minutes and they ended the night in sixth.