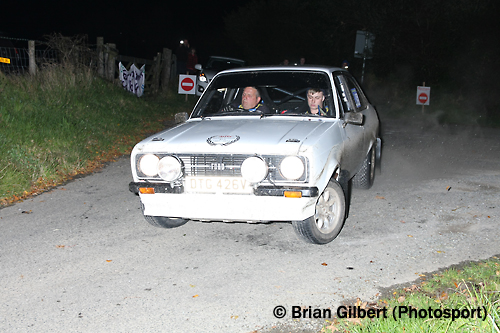 Clerk of the Course: Gareth Evans


Dafydd Sion Lloyd kept his chances of taking the Welsh title alive by navigating Mike Roberts to a 41 second victory on The Autumn Rally on Saturday night. Lloyd’s championship position was further improved by the fact that his nearest rival, Dylan Jenkins, didn’t start the event. The race of the drivers’ title is wide open as favourite, Mark ‘GT’ Roberts, is currently unable to compete due to illness.

The Autumn proved to be a tough event with just five of the top twelve starters making the finish.