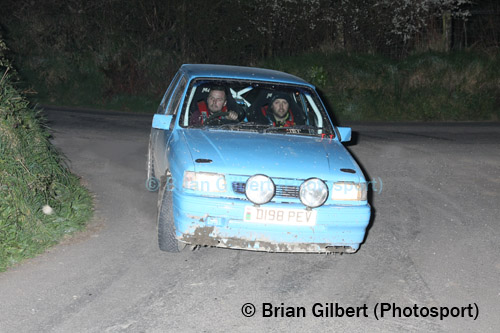 
From a start number of 29, Martin Richards/Mathews Phillips, were lying in fifth place at Petrol on the Rali Bro Preseli, but powered through the more demanding second half to win by six seconds from Mark Lloyd/Richard Williams.

Martin Curzon/Tom Bleakley had been the halfway leaders but went out with a broken manifold after the restart. Last year’s winners Tim Hand/Jason Davies put in the best performance of the night but weren’t eligible for overall awards on this novice oriented event.