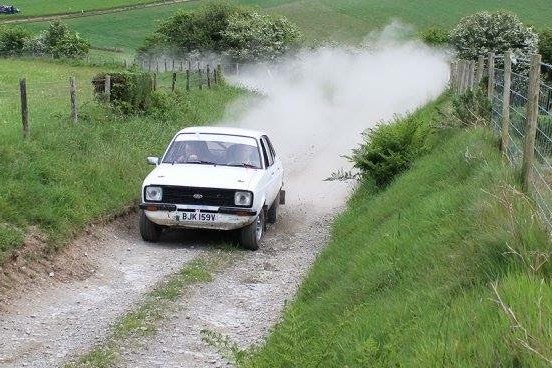 
Dorian Evans/Arfon Griffiths took a clear win on the Classic Tracks Targa Rallly. They came home exactly a minute ahead of the capacity field after 23 tests, all of which utilised local farm tracks. Having finished fourth in 2013 and second a year later, Evans finally made it to the top spot after taking fastest time on the opening test and leading for most of the day.

Ieuan Evans/Lewis Morgan were the runners up, having led briefly after the second test. Moonbeam winners Mark Lennox/Ian Beamond used their Anglia on this event and won a close fight for third place.

Top seeds John Davies/Dai Roberts struggled for power in their newly built Focus and finished ninth, while Jamie Jukes/Dale Bowen were sixth and won the Under 1400cc award.

Irfon Richards/Einion Williams used a bought-for-the-occasion Escort Mk3 and were showing well until transmission failed just after the petrol halt.