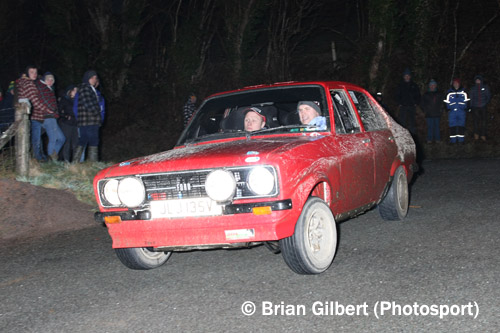 Clerk of the Course: Rhodri Evans


Kevin Davies achieved that rare success of winning three Welsh Championship events in a row. Having won the final two rounds of the 2016 series, he and navigator Michael Gilbey took a dominant win on the opening counter of this year’s title race, the Rali Mike Darowen Bro Ddyfi. They led from start to finish in sometimes treacherously icy conditions to win by over two and a half minutes.

The runner up spot was taken by Steven John Williams/Dafydd Sion Lloyd, who were almost a minute and a half ahead of third placed Gary Roberts/Darren Ikin.

Mark ‘GT’ Roberts/Dylan Jenkins finished fourth after a troubled run. They lost time with a fan problem early on, then, running down the order, were held up for two minutes when a car rolled in front of them.

Patches of black ice caught out a number of cars including top seeds Robert Pugh/Peredur Davies.