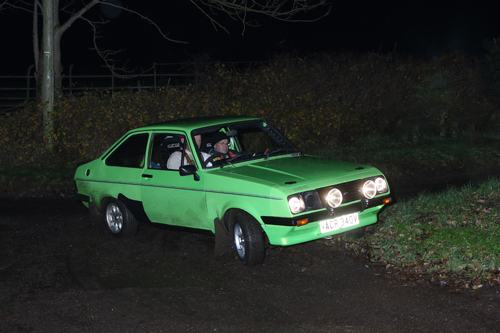 Clerk of the Course: Al Hayward


Ian Lloyd/Cyril Jones won the Automark Farrington Trophy for the second time after surviving icy conditions throughout the night. The artic weather led to the cancellation of one section on the roads in the northern part of Clocaeneog Forest; the way became impassable after only a few cars had been through. Jon Bossen/Rob Bryn Jones spent ten minutes in a ditch but still did enough to clinch the ANWCC Championship.