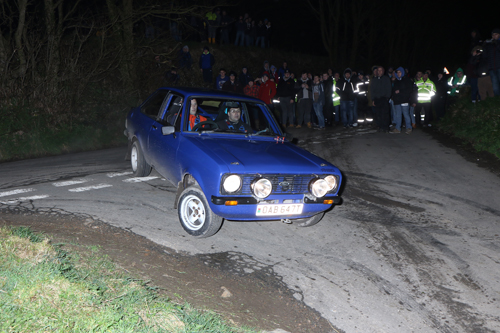 
A North Wales event was once again won in emphatic style by Arwel Hugh-Jones, as he took his fourth Rali Llyn win on Saturday night. On this occasion, he was partnered by former Welsh Champion Iwan Jones, who secured his first win as a navigator in four years.

The pair were never challenged, fastest over the first section, they pulled further ahead of the opposition as the night progressed. It was a challenging rally with even the winners dropping time at nine controls.

Steven John Williams/Paul Roberts were the only crew to even come close to matching the winners’ pace. They finished two minutes behind, but more than that ahead of third placed Mark ‘GT’ Roberts/Dylan Jenkins. The latter crew collected another set of maximum Welsh Championship points, as many of their main rivals didn’t make the journey to North Wales.