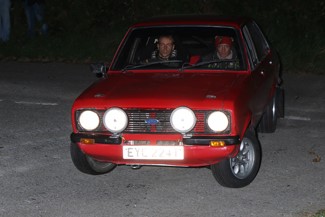 Clerk of the Course: Rob Jones


George Williams took his maiden rally win on his first visit to Anglesey, as he and navigator lead from Start to Finish on the Rali Mon. They were the only crew to clean the first section and dropped just 27 seconds all night.

Arwel Hughes Jones/Dylan John Williams came in second, having been delayed by alternator troubles in the opening sections. Ian ‘Dude’ Roberts substituted for Mark ‘GT’ Roberts, who’s recovering from an operation, as Dylan Jenkins’ driver; they finished third to give Jenkins another set of maximum points in the Welsh Championship.

First in the Semi-Expert class were Paul Morgan/Rhys Griffiths, who put in an impressive performance to finish fourth overall.