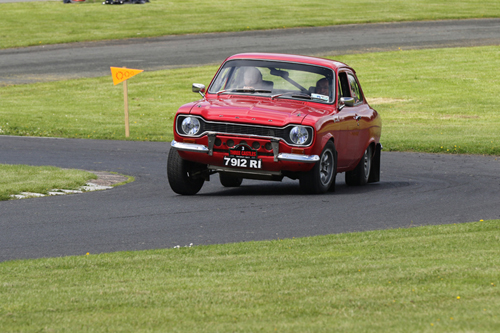 Clerk of the Course: Baz Green


After a number of near misses, Dermot Carnegie/Paul Bosdet finally won the Three Castles Targa Rally on Friday. This year run as a single day test-only event, the rally included 18 tests across North Wales. The opening three tests on the Great Orme were cleaned by the top crews but Carnegie/Bosdet then set fastest times on the next five to establish a lead they weren’t to lose.

Mark Godfrey/Sue Godfrey put up a valiant chase, but weren’t quite able to match the pace of the winners, however they finished well clear of the third placed Lotus of Graham Walker/Sean Toohey.