Heads of the Valleys Club 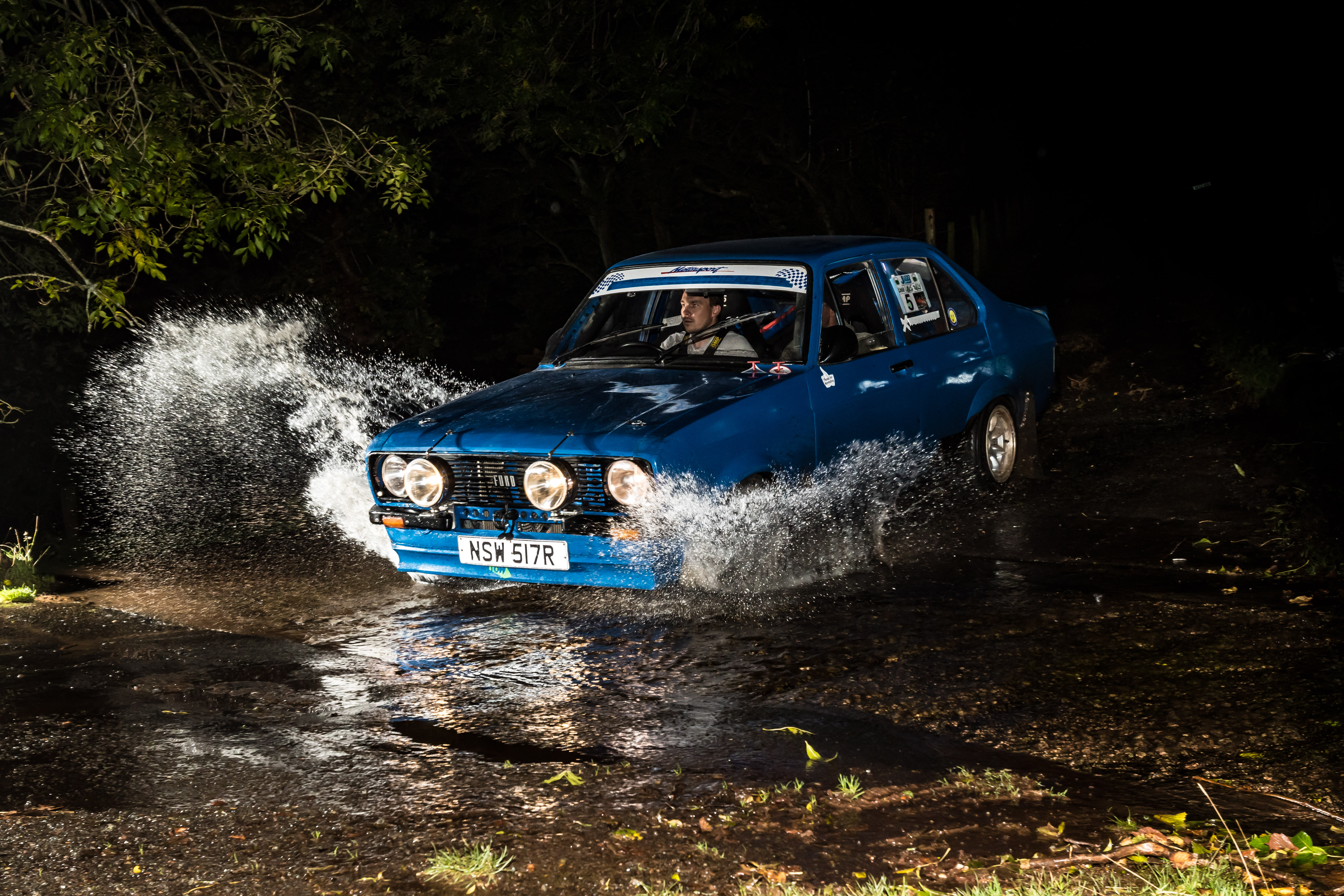 
Organiser: Heads of the Valleys Club


Mark Lennox/Ian Beamond put themselves into pole position to take the Welsh Championship title by winning the 1000 Lanes Rally.

The 110 mile route started with a long loop to the north of the start, which was at the Clytha Arms near Raglan. There was ten miles between SS1 and the first intermediate time control, a straight run up the Vale of Ewyas. The route tighten in the lanes to the south of Hay-on-Wye. All crews bar the top seeds, Daniel ‘Lwni’ Jones/Dale Bowen, dropped time at TC1B, although George Williams/Cadog Davies were just one second late.

The first non-comp took competitors through Craswall, with action resuming after three miles. SS2 to SF2 used the tight and twisty lane through Cwm Farms and then the open road on the other side of the Olchon Valley. Jones/Bowen had their Escort stop with electrical problems, blocking the road for the following ten cars. It took almost 15 minutes to get the stricken Escort moving again. This hiccough led to the cancellation of time penalties at SF2.

The third section was a sharp three mile affair through Groeslwyd, finishing within a mile of SS1. Jones/Bowen dropped one second, but a number of other leading crews were clean. An easy four mile section took competitors to Petrol in Abergavenny. All but one of the top forty cars cleaned this fourth test.

At this point Jones/Bowen and Williams/Davies were tied on one second; the matter being decided in favour of Jones/Bowen as they had gone furthest before picking up their penalty. The second half was to prove more demanding.

After a holding control near Govilon the route ran around The Tumble before a tricky maze of lanes to the west of Llanover. It was a decisive section. Jones/Bowen retried as their earlier electrical gremlins reappeared and stopped their car for good. Meanwhile Williams/Davies became stuck at one point and lost over a minute; they continued but, with less enthusiasm, trailed in for a sixth place finish.

Fastest on the section were Lennox/Beamond, who now took a lead they weren’t to lose. Steve Knibbs/Robbie Pugh were in second, 20 seconds behind, with Mark ‘GT’ Roberts/Dylan Jenkins in third, a further seven seconds back.

The sixth section was just two miles long. It ran parallel to the A40 dual carriageway and caused no difficulty with almost every crew cleaning it. Section 7, with two intermediate time controls and two farmyards was a different proposition. Roberts/Jenkins, running first car on the road, dropped a vital minute at TC7A, dropping them to sixth; they were only able to recover to fifth place by the Finish. By the end of the section Lennox/Beamond led by 48 seconds from Matthew Jones/Ryan Griffiths, who were just 2 seconds in front of Knibbs/Pugh, with Paul Morgan/Jamie Mills 8 seconds further adrift.

Morgan/Mills took fastest time on the eighth and last section of the night, a loop around lanes to the south-west of Raglan. This moved them up to third place at the finish ahead of Knibbs/Pugh. Kevin ‘Penclawdd’ Jones/Dafydd Evans finished in seventh place, gaining vital Welsh Championship points. Only Jones can now realistically challenge Lennox for the drivers’ title, while Evans, Mills and Pugh still have an outside chance of denying Beamond the championship.