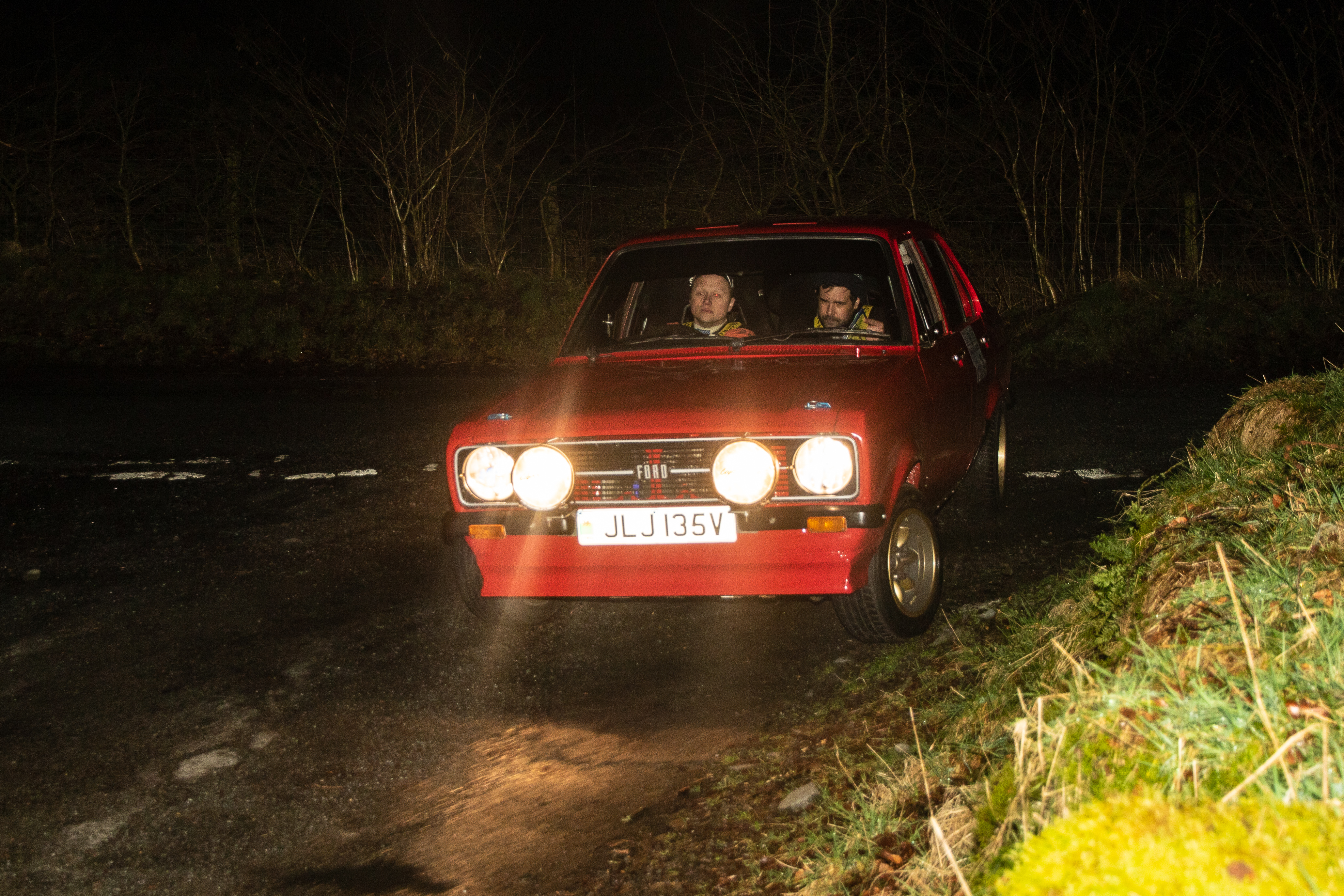 
A stunning second half drive secured victory on the Rali Bro Caron for Kevin Davies/Alan James. They had lost over two minutes after slipping into a ditch towards the end of the first half, this dropped them to tenth position. However, they clawed their way back, cleaning two sections timed to the minute at which most of their rivals dropped time.

It was a rally of high attrition amongst the leading runners. By the end of the opening section at Llandewi Brefi, Daniel Jones/Gerwyn Barry, John Davies/Aled Davies, Kevin ‘Penclawd’ Jones/Lion Williams and Andy Davies/Michael Gilbey were all out. The latter after a power steering pipe burst and caused a small fire.

The result of all his drama was the Mark Lennox/Ian Beamond led at Petrol. They built up a substantial lead until they dropped a minute at one control; they still led but by a now narrow margin, which was lost on the next section. The local crew of Carwyn Davies/Ryan Griffiths, running at Car 27, hit the front briefly, but were quickly overhauled by Davies/James, who stormed through to take the win.