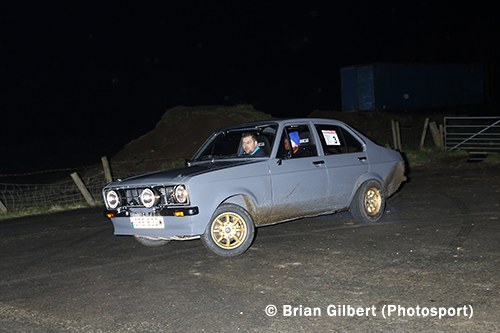 
Welsh Stage Rally Champion Dylan Davies made a triumphant return to road rallying on Saturday night when he and navigator Richard Williams took a clear win on the Cambrian Road Rally. This was the first running of the event in seven years. After a test at the Mid Wales Activity Centre, crews tackled a 75 mile road section that took them from the rally base at Pontrhydfendigaid to the coast and back.

Third fastest over the test, Davies/Williams took the lead at the first of only two controls timed to the second and maintained their advantage to the Finish.

James Davies/Cadog Davies had been fastest through the test but were delayed for 30 seconds on the road section and finished as runners up 22 seconds behind the winners.

Notably six crews were disqualified after being stopped by police for speeding in a 30 mph zone.