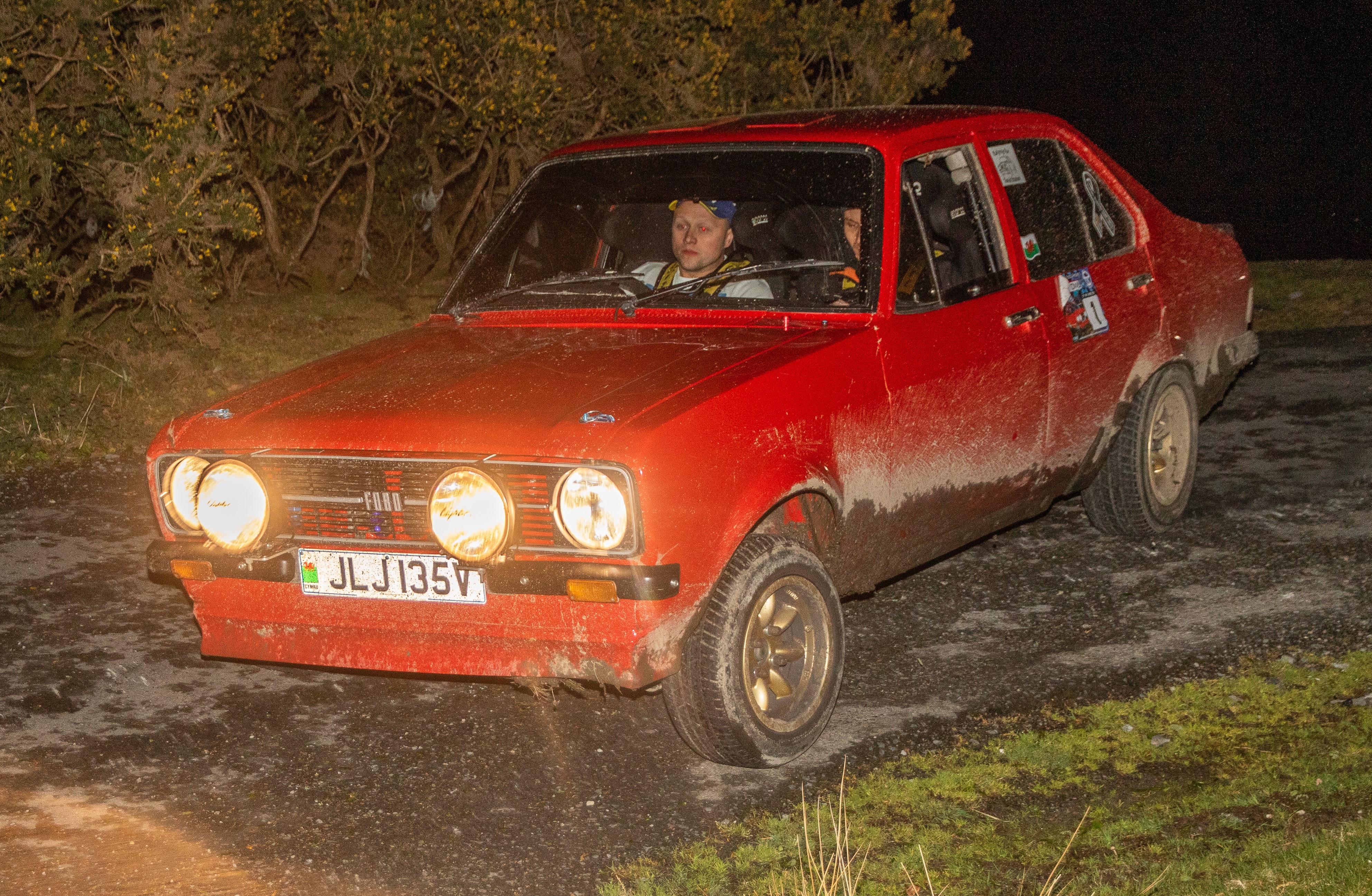 
Kevin Davies took his second outright Welsh Championship win of the year on the Night Owl Rally. He was partnered for the first time by Dylan John Williams. They led from the first section and were never headed as they romped home to a 46 second win.

Einion Williams/Daniel Stone challenged them initially. They came within one second of the lead before a broken shaft put them out of the event. Richard Williams/Alan James therefore took the runner up spot; they were almost a minute and a half ahead of third placed Kevin ‘Penclawdd’ Jones/Dafydd Evans. Stephen Wood, with Aled Richards on the maps, took a break from winning Irish stage events to finish fifth.

Reigning Welsh Champions, Andy Davies/Michael Gilbey, had a troubled rally; they suffered overheating problems before they broke a shaft.

There was a close battle for the Novice Class win where Huw Edwards/Glyn Couling beat Dafydd Jones/Trystan Leyshon by just one second.