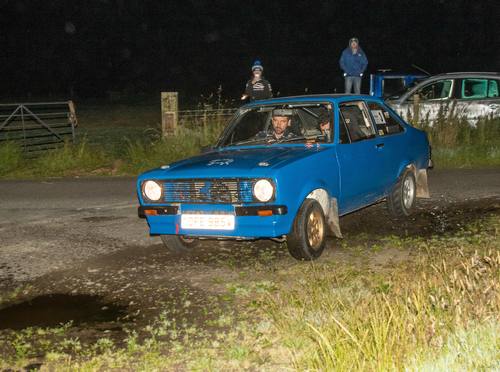 
Richard Jerman took his third victory on the Pacemaker Rally. The wins having come over a twelve year period and with three different navigators. On this occasion his partner was Alan James. This gave James his third maximum score from five rounds of this year’s Welsh Championship.

The pair had to fight hard for the win as they were chased throughout by the Mark Lennox/Ian Beamond, who had led for the first third of the rally. Gari Evans/Richard Williams completed an Escort 1-2-3.

Top seeds Kevin Davies/Owain Davies were in an uncharacteristic lowly fifth place at Petrol; a position that was explained by the driver being decidedly under the weather. This caused their withdrawal from the event at the fuel halt.

It was a short but tough event. Only 50 of the 75 starters reached the Finish. Amongst the retirements were Macauley Austin/Ryan Swain who had their Civic gutted by fire. An incident that led to the cancellation of one section.