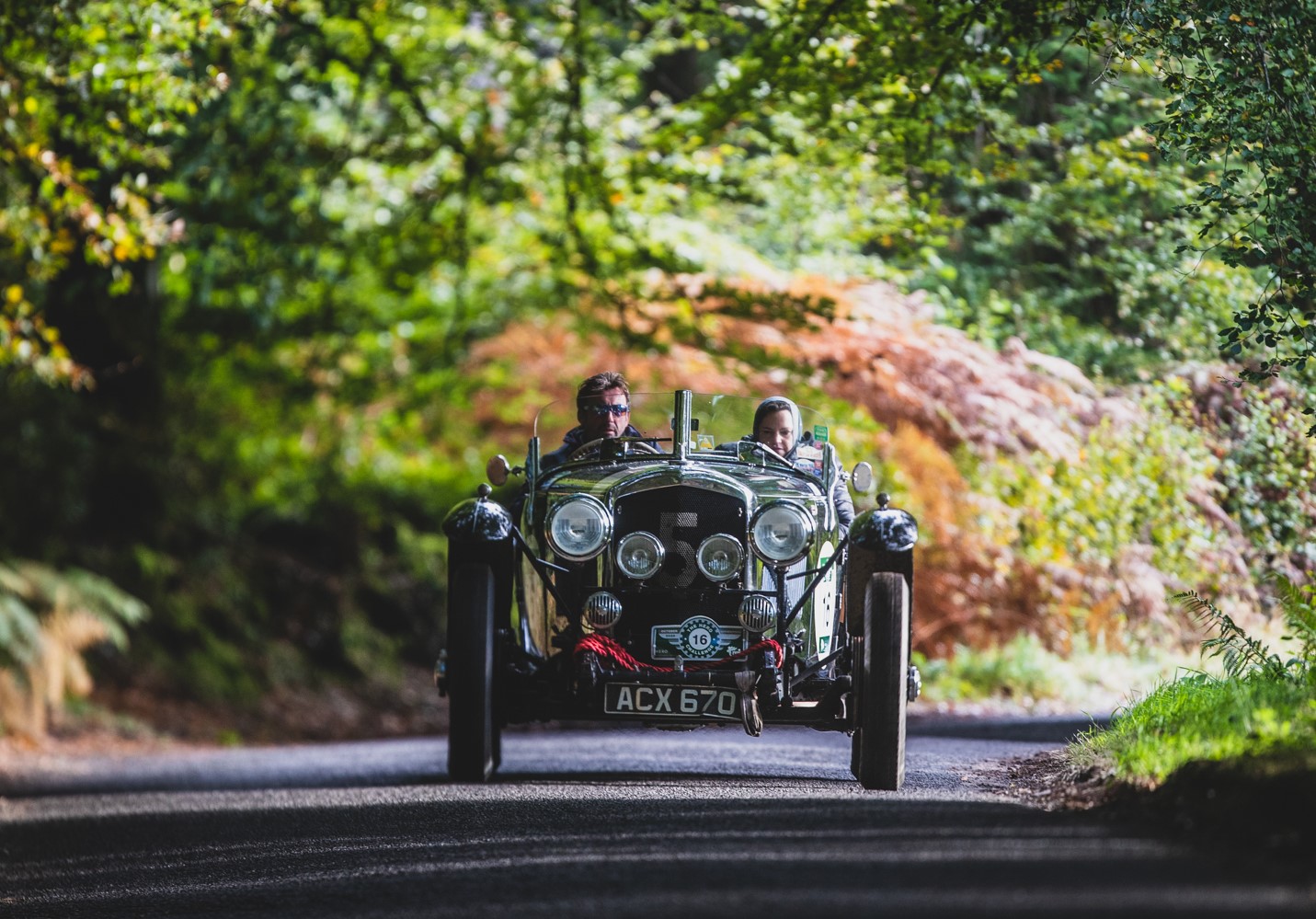 
HERO’s fourth rally since the CoVid Lockdown was the HERO Challenge Three, a one day event based at Taunton. An entry of 95 cars was reduced to 83 starters as some entrants from areas in lockdown were restricted from travelling. The competitors faced a packed day containing seven regularity sections, plus eight tests.

The opening regularity, which started at Batten’s Green and finished at Churchinford, used an intricate route, but had only two timing points. Thirty crews finished the section with fewer than ten seconds in penalty, five were on just one second.

Smeatharpe Airfield hosted three tests. Accuracy in following the correct route proved to be as important as outright speed, as over a third of the entry picked up heavy wrong test penalties on Test 1. HERO Challenge Two winners, Darren Everitt/Susan Dixon, were fastest on the opening test, and second fastest on Test 2. They would have repeated this position on test 3, but were adjudged to have missed to stop astride a line and had 10 seconds added to their time. They were in ninth place overall after the tests.

James Holt had won the Test Pilot Award on the Summer Trial and was second quickest on Test 1 and fastest of all on Test 3, however, a Wrong Test on the second meant that he wouldn't be taking the Award for the second event in a row.

The glorious Bentley Derby Special of Elliott Dale/Charlotte Ryall held the lead after the third Test; they had been fastest in their class on all three tests and were now two seconds ahead of Angus McQueen/Mike Cochrane (BMW 313i); the latter crew having been runners up on the Summer Trial two weeks previously.

Remarkably for a HERO event, where top placings usually change constantly, these top two positions remained the same throughout the event. Dale/Ryall ended the day 14 seconds ahead of McQueen/Cochrane. Michael Cochrane had the consolation of taking the Clock Watchers Award for the best performance on regularities.

Timothy Green/Melanie Green (Austin Mini) held third at the start of the second regularity, but the navigator began to feel unwell on the section and they were forced to withdraw. Also on the retirement list before the early lunch break were Dave Smith/Jo Johnson; their Nova suffered a broken throttle cable, which, in failing, also damaged the linkage.

Two regularities, each with three timing points, took crews north to the lunch halt at Ralegh’s Cross. Stephen Robertson/Julia Robertson (Triumph TR3) had dropped just four seconds over these two sections and now held third place. In the Masters category, whose crews weren’t eligible for overall placings, Stephen Owens/Nick Bloxham had had a superb morning, picking up just five seconds of penalty, this put them 11 seconds ahead of 2018 HERO Cup winners, Paul Bloxidge/Ian Canavan, who had had a last minute change of car; they were now campaigning a Triumph TR6 in place of their intended VW Golf.

The almost perfect run for Owens/Bloxham came a little unstuck at the start of Regularity 4. A more prominent sign for Luscombe at Blagdon Cross diverted attention from the sign that correctly pointed the way to go. After realising their mistake, they retraced their steps but were further delayed by a tractor. They took a maximum minute penalty at the next timing point. They were not alone in the error; eighteen other crews also took a minute at that control; these included Darren Everritt/Susan Dixon and Stephen Robertson/Julia Robertson.

Tests 4 and 5 used the Porlock Toll Road. HERO Chairman, Tomas de Vargas Machuca, competing as a Master in a Porsche 911, was fastest over the two tests.

Regularity 5 took crews back south to a coffee halt at Exebridge. By this point John Lomas/Pete Johnson (Riley Sprite) had moved into third place, a position that they were to maintain to the Finish.

The penultimate regularity started just outside Exebridge and finished near Sampford Peverell; it contained four timing points. In the Masters class, Bloxidge/Canavan led Stuart Anderson/Emily Anderson (Bentley Derby 4¼), with Owens/Bloxham in third. However, by the end of Regularity 6 Owens/Bloxham were back in the lead; Bloxidge/Canavan had retired when a brake pipe broke, while Anderson/Anderson, concentrating on the seconds, had miscalculated the minutes and arrived at the final timing point exactly a minute late.

A second visit to Smeatharpe provided the final three tests of the day. Once again numerous wrong tests were noted; 53 across the three tests. Alan Wakeman/Amanda McCann (Peugeot 205 GTi) were fastest on all three tests; however, it was Darren Everritt who ended the day with the Test Pilot Award.

The final regularity, which used a London Map and a speed table, started at the exit to Smeatharpe and passed the Trickey Warren Airfield. Elliott Dale/Charlotte Ryal consolidated their lead by putting in the second best performance over it and came home to a very popular win.