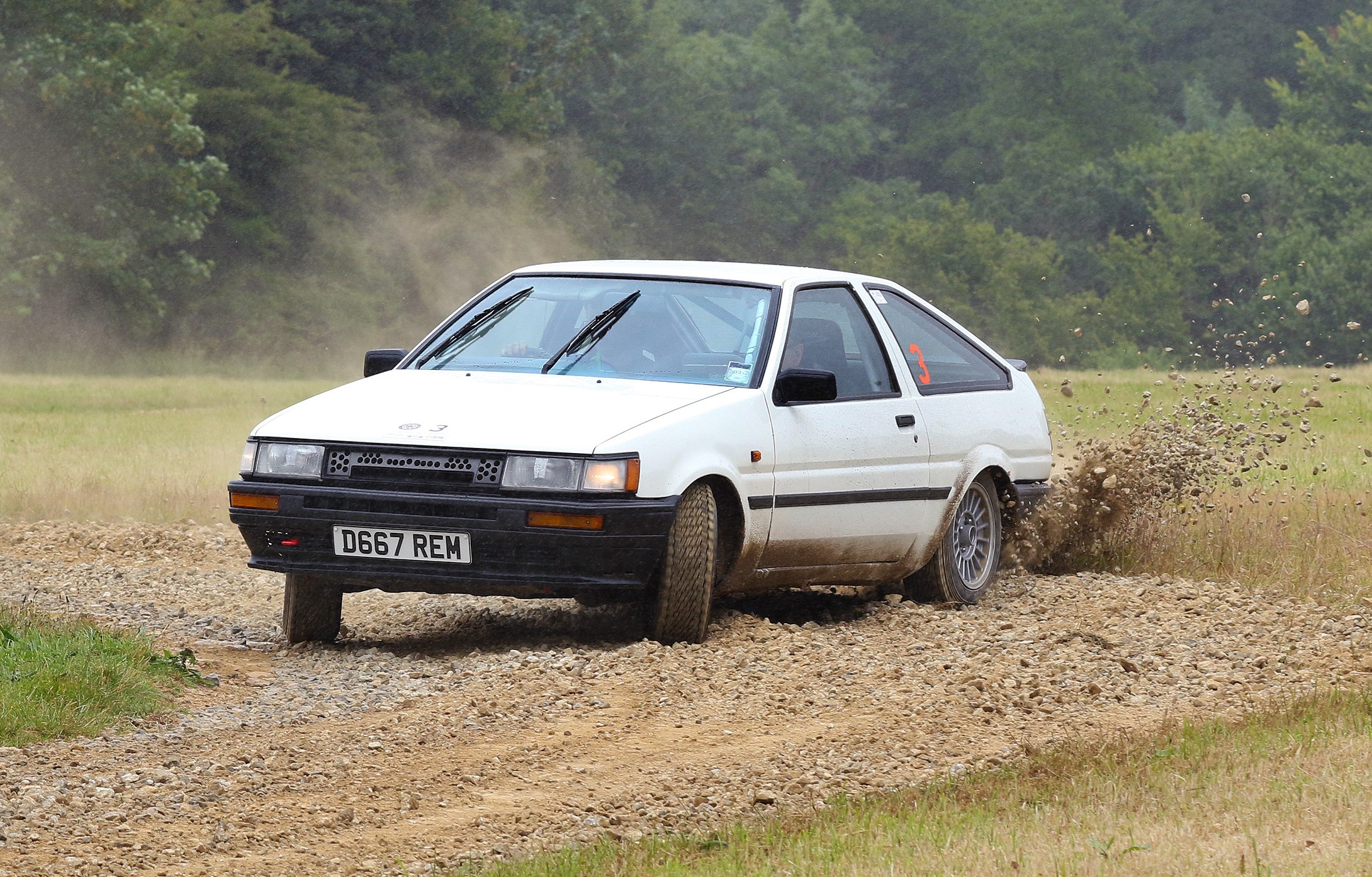 
For the second running of their Cotswold Historic Rally, Tavern Motor Club moved its base to Cirencester. The event, Round Six of the HRCR Clubman Championship, attracted 67 starters. They faced a 175 mile route, which included nine tests and six regularities.

Competition opened with a 0.6 mile test at Babdown Farm. Jason Stone/Dan Stone (Ford Escort) were fastest here, and went on to take quickest time on five of the other eight tests. This performance meant that at the end of the event this crew had been 1m 45s faster than any other car over the nine tests.

The first regularity was 15 miles in length and contained four timing points. It started at Newington Bagpath and finished at Old Sodbury. The second regularity used lanes to the south of the M4 and, after 11 miles, ended just before the morning coffee halt at Acton Turville; this section also had four timing points.

At the break, on time penalties James Griffiths/James Howell (Mini 1275 GT) seemed to hold the lead, however, they had clipped a cone on the test and the additional ten seconds dropped them to third place. First place was therefore held by Paul Crosby/Ali Procter (Porsche 911), but Ian Crammond/Matthew Vokes (Mercedes 280SL) were just one second behind; they had taken best times on both of the opening regularities.

Leigh Powley/Brian Goff (Toyota Corolla) had been adjudged to have hit two cones on Test One; this added 20 seconds to their total and put them in tenth place at this point.

Regularity 3 started half a mile outside Acton Turville; it was 14 miles long and, once again had four timing points. It ran via Alderton, Norton and Sherton, to finish at Corston. The best time here was taken by Tony Brooks/Dan Pidgeon (Alpine Renault A310); they went on to finish second in class at the Finish, behind the Saab 900 Turbo of Alistair Leckie/Matt Outhwaite, who were third best on the third regularity.

After this road section, there were four tests. The first two were at Charlton Park, venue for the WOMAD Festival later in the summer. These were the longest of the event; Test 2 was 1.6 miles long, while Test 3 was over two miles in length.

These tests were to the liking of Angus McQueen/Mike Cochrane (BMW 323i); they were fastest on Test 2 and second, behind Stone/Stone, on Test 3.

Two tests at Kemble Airfield followed; the top three seeds set the pace here. Car 1, Crosby/Procter, shared fastest time on Test 4 with Car 3, Powley/Goff, with Car 2, Dan Willan/Niall Frost (Volvo PV544) were one second behind. Willan threw the Volvo around with gay abandon on Test 5 and took fastest time; this was five seconds ahead of Powley/Goff and six in front of Crosby/Procter.

Test 5 saw the demise of the Golf GTi of Paul Bloxidge/Oli Waldock, who had been leading the Novice Class. Strange noises were heard as the car reached the stop line and a large pool of oil appeared under the car.

The lunch break followed; this was at Crudwell Village Hall. By his point Willan/Frost had moved up from fifth at the Acton Turville halt to first place. They were ten seconds ahead of Powley/Goff, while Crosby/Procter were now in third, nine seconds further back.

Griffiths/Howell were in fourth, four seconds ahead of Steve Head/Graham Raeburn (Ford Escort). Stone/Stone were the leading Expert crew in sixth; their nearest class rivals were Simon Harris/Eddie Clough (VW Golf GTi), who were in ninth.

There were five timing points on the 25 mile long Regularity 5, which circled anti-clockwise around Cirencester, from south-west of the town to the north-east. Willan/Frost were best over the section, adding to their advantage over Powley/Goff; their lead was now 19 seconds. Behind them, Crosby/Procter had closed to within four seconds of the Toyota crew.

With the lack of tests, Stone/Stone had fallen down the overall standings and were now just six seconds ahead of Harris/Clough, in ninth place.

Crews then revisited Kemble Airfield and Charlton Park for the final four tests of the day. Stone/Stone were fastest on all four. Willan/Frost had stretched out their lead to 23 seconds by the end of Test 7, the final one at Kemble. It was Crosby/Procter who now held second place; they were one second ahead of Powley/Goff.

After the two mile Test 8 at Charlton Park, Willan/Frost were 19 seconds in front of the Porsche crew, who were at this stage three seconds ahead of Powley/Goff. Stone/Stone were in fourth.

However, the leaders had a problem, a link to the panhard rod at the back of their Volvo had broken. With the help of Steve Head, they effected a repair using a rachet strap and tie wraps. To preserve the car, they tackled the final test in subdued style.

In contrast, Powley/Goff were in full attack mode and, despite a cone fault, they took the lead after Test 9. They now had a slim advantage of one second over Crosby/Procter. Willan/Frost had fallen to third, six seconds off the runner up spot and just one second ahead of Stone/Stone.

The final regularity was a sting in the tail of the rally. Regularity 6 circled around Tebury, it was almost 15 miles long and had four timing points.

The navigation had been getting progressively harder throughout the day and this section included the instruction to avoid any National Trail symbols. The quickest route from RITC6B to RITC6C was a lane past Charlton Down, but this was also part of the MacMillan Way, a National Trail; to obey the navigational instructions correctly competitors should have followed a longer route, going via the Charltondown Covert. Those that missed the instruction arrived at RITC6C around three minutes early. Twenty-nine crews got it wrong. Of the top ten seeds, Crammond/Vokes, Griffiths/Howell and Darren Everitt/Susan Dixon (Triumph 2000) all got the maximum one minute early penalty at RITC6C.

Despite their car’s damage, Willan/Frost put in the best performance over the section and closed the gap to Powley/Goff by eight seconds, but this still left the Toyota pair with a victory margin of three seconds, giving Polwey/Goff their second HRCR win of the year.

However, Willan/Frost had overhauled Crosby/Procter on the section and so secured the runner up spot. Stone/Stone struggled on the regularity and fell back to ninth, but this was still enough to deny Harris/Clough the Class win by six seconds. Head/Raeburn therefore moved into fourth place, just over a minute off the lead.

After a shaky start, they had been in 25th place at the Morning Coffee halt, Harvey Steele/Martin Pitt (Volvo 144) moved up the field to take fifth at the Finish.

Competitors in the Clubman Rally followed the same route as the Inter Club event, but had simpler navigation on the regularity sections. There were seven starters in the event and the winners, by almost a minute, were Lewis Ayris/Simon Lassam (MG B Roadster).