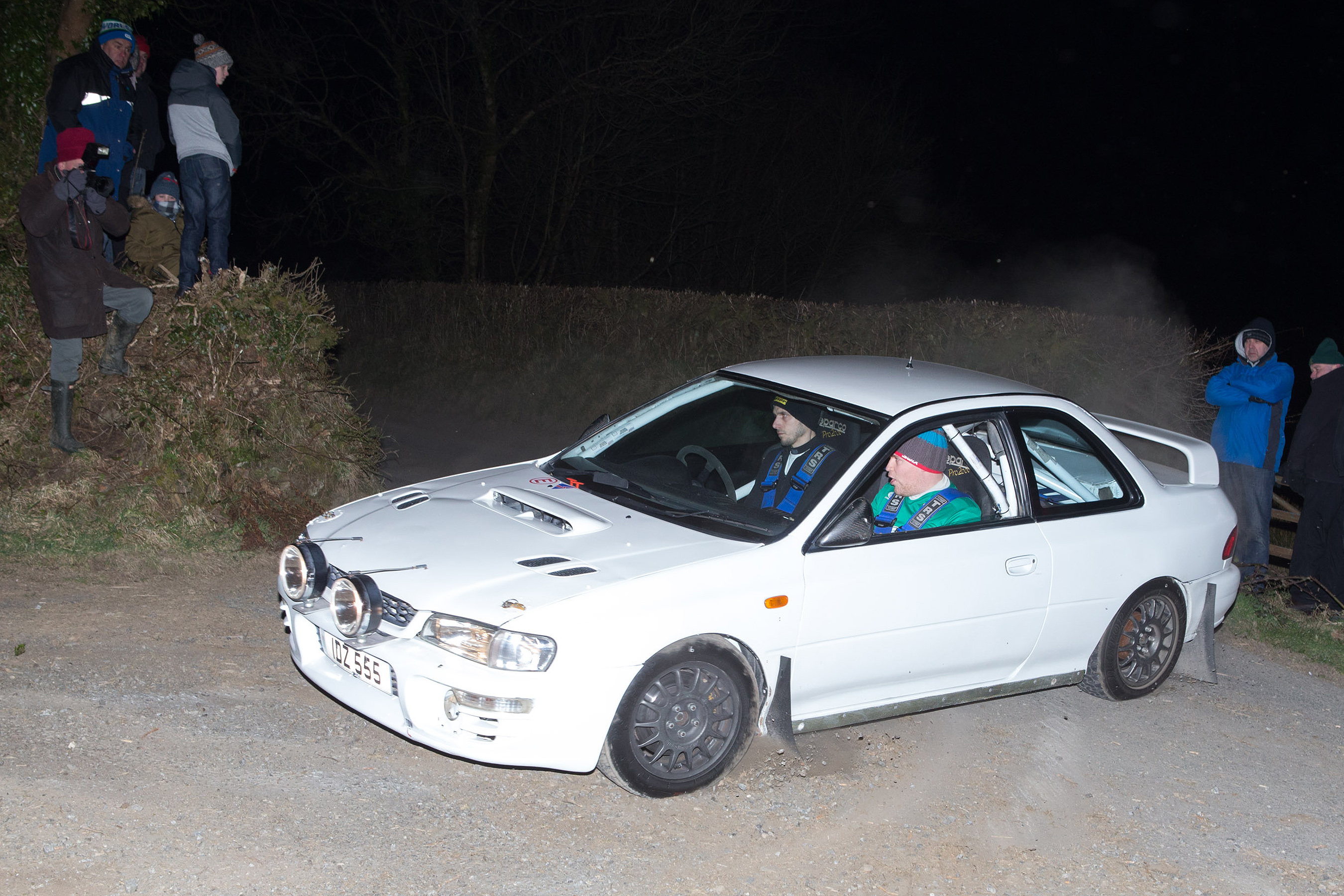 
Michael Gilbey maintained his 100% winning record for the year when he guided Andy Davies to victory on the Rali Bro Caron; it was Gilbey’s third win of 2018. The initial pace was set by Rhodri Evans/Max Freeman. In treacherously icy conditions they had built up a lead of almost a minute by the petrol halt, however they crashed soon after the restart, blocking the road and causing the section on which the incident occurred to be cancelled.

This left Daniel Jones/Gerwyn Barry chasing Davies/Gilbey, but Jones hit a ditch on the final section and had to cut route to make the Finish. The winners had also hit a gate, damaging their lighting, but still came home with a 34 second victory margin. The normally unbeatable Kevin Davies, partnered on this occasion by Alan James, had to be content with the runner up spot.

Einion Williams/Rhodri Evans put in a notable performance to win the Expert Class and take fifth overall. The last-minute pairing of Chris Hand/Aled Richards had been level on time with Jones/Barry at Petrol, but retired in the second half with a dry sump pump failure.