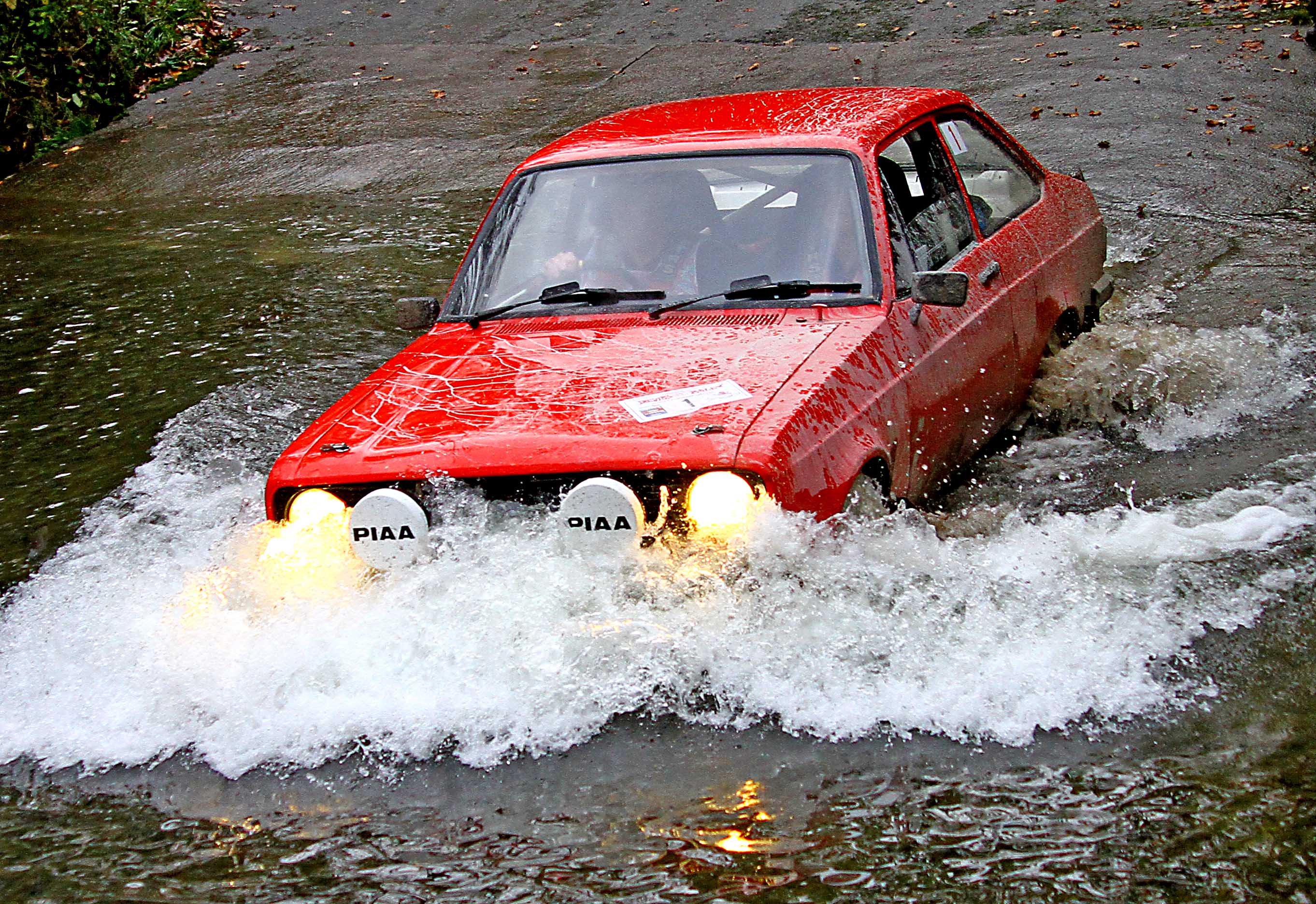 
Guy Woodcock took his third win in three years on the Devils Own Rally; these wins having been achieved with three different navigators. For 2018 he was partnered by Ali Procter, who had finished second in 2017. The pair, who put in the best performance over the event’s eight regularity sections, had led all day and, despite drowning their Escort out in a ford in the closing stages, they finished almost a minute and half in front of runners up Geoff Hall/Paul Bosdet.

Ian Crammond/Matthew Vokes were looking for a steady run to secure the HRCR title, however they lost time after their Mercedes ground to a halt in a ford on the second section. They got going again and finished in fifteenth place, which was sufficient to give Crammond and Vokes the championship crowns.

Matt Warren/Andy Pullan, were delayed by Crammond’s stranded Mercedes, but recovered to challenge for the lead however they then had the prop shaft fail on one of the night sections.

The Porsche 911 of Howard Warren/Iain Tullie ground to a halt 100 yards into the first test and wouldn’t restart. Then, after they had waited for all 65 cars to finish the test, the car started and ran faultlessly for the rest of the day. They had to cut route to stay on schedule and finished in nineteenth place.