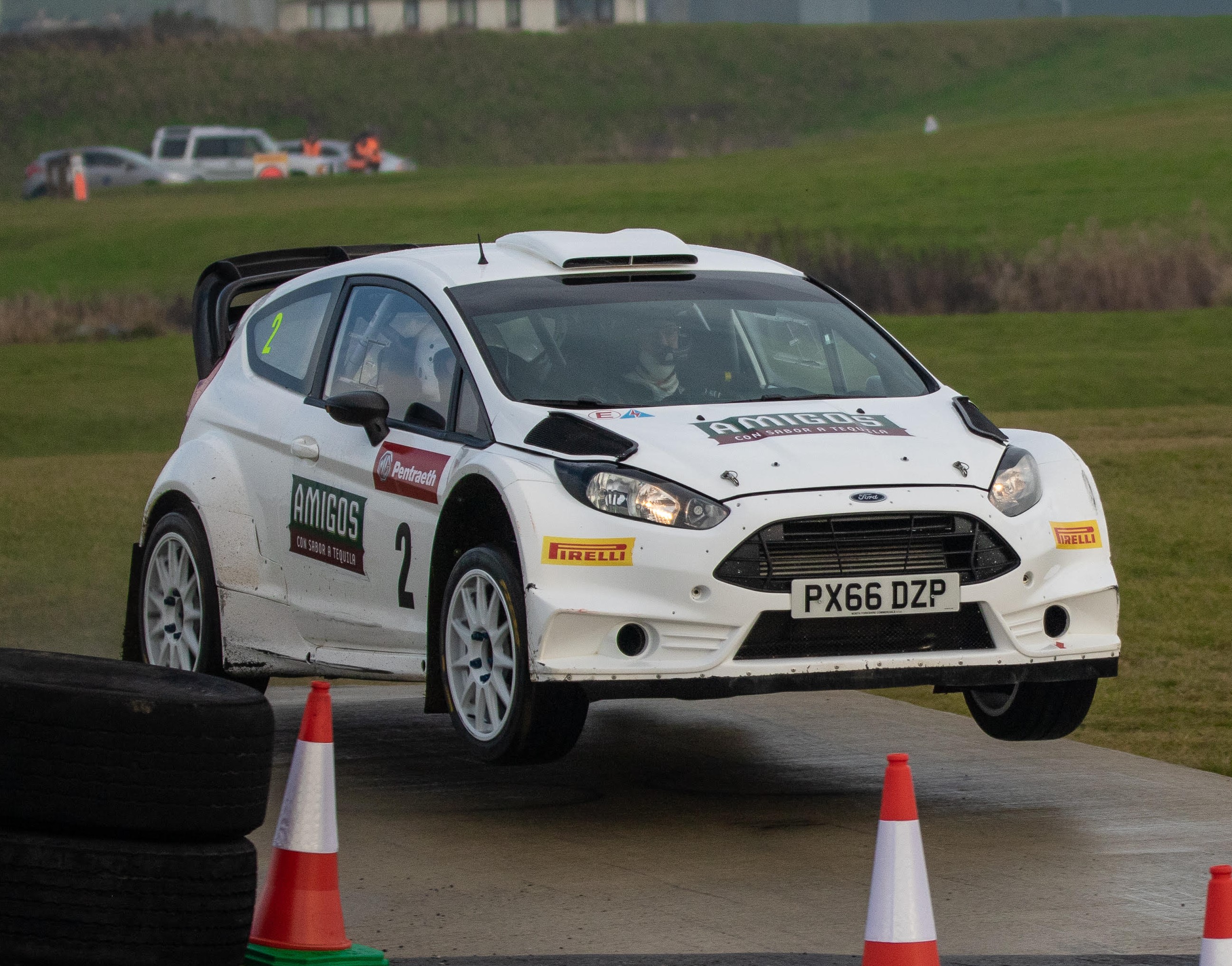 In a dominant performance on the Glyn Memorial Trophy Rally Charlie Payne/Carl Williamson secured their fourth win of the year. They took fastest time on all of the two-day event’s fourteen stages. By the end of Saturday’s eight stages their lead was 57 seconds; this was extended to over a minute by Stage Nine and was in excess of two minutes when the rally was brought to a premature end after 14 tests.

It had been intended to run 16 stages but oil dropped onto the track while recovering a Junior Rally contender’s car on that event’s final run, didn’t allow time to clear the slick, run the final two stages and dismantle the stage furniture before darkness fell on Sunday.

Like the lead, second and third places did not change throughout the rally. The first time pairing of Mark Kelly and Neil Simon took second fastest on nine stages, dropping down the stage order only on Sunday morning when they struggled with getting their Escort balanced on Hankook Tyres. The last-minute entry of Wesley Simpson/Joe Ford were third overall in their Proton Millington.

Top seeds Wil Owen/Paul Maund withdrew after picking up a stage maximum for taking the wrong route on a stage. They had been in sixth at the time of their indiscretion. Roger Moran/Ashley Trimble debuted their newly acquired Darrian, but retired with wheel bearing failure on Sunday morning.

The Junior Rally was won by Rob Wilson/Martin Haggett. Having taken ten fastest stage times, they finished almost a minute and a half ahead of Ioan Lloyd/Jonathan Jackson. The latter crew survived a lurid high-speed spin into the pit wall on Saturday morning. Elliot Payne did exactly the same but suffered a broken rear axle which meant that he missed a stage. Without this he would have challenged for the lead. 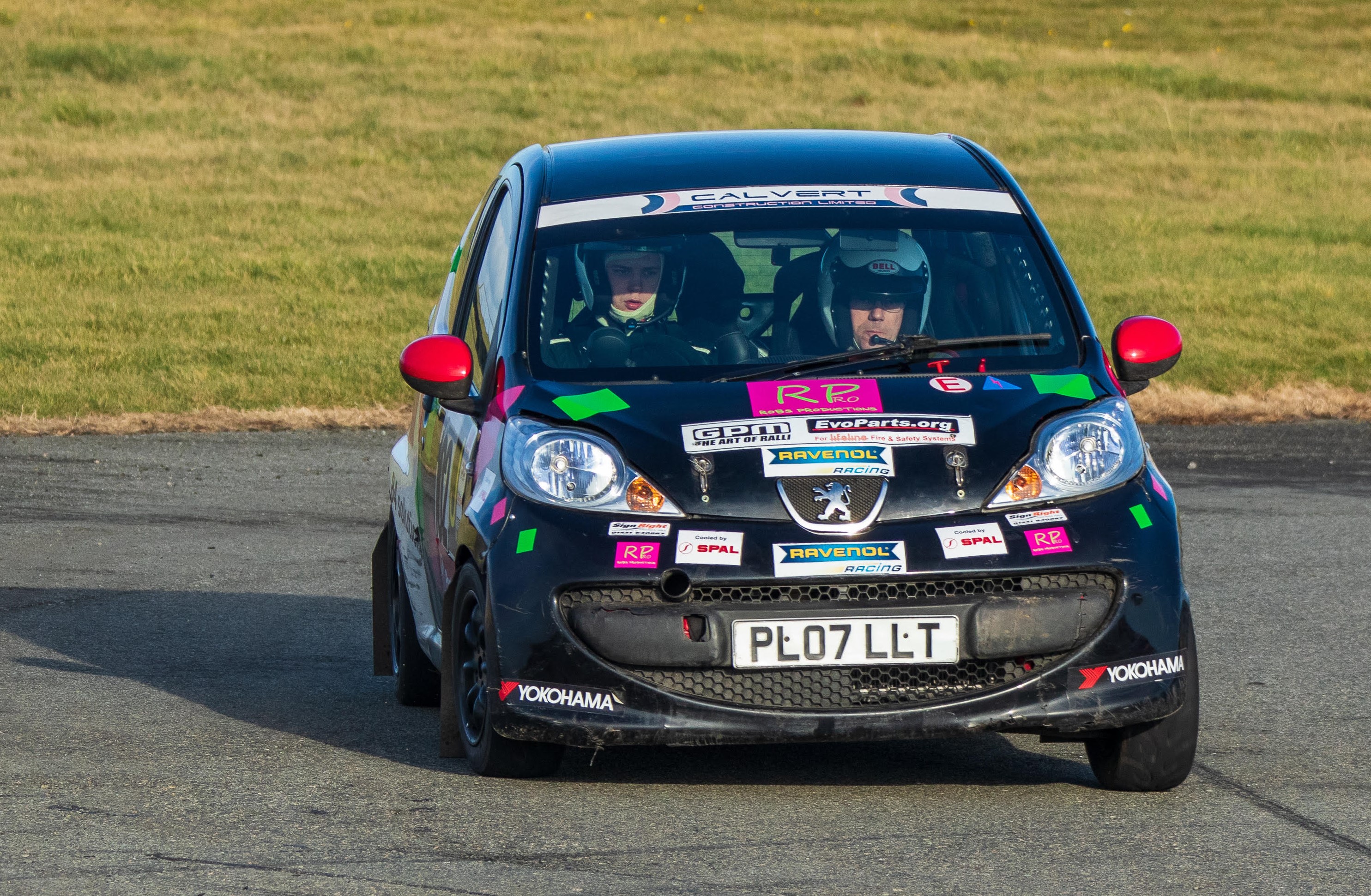