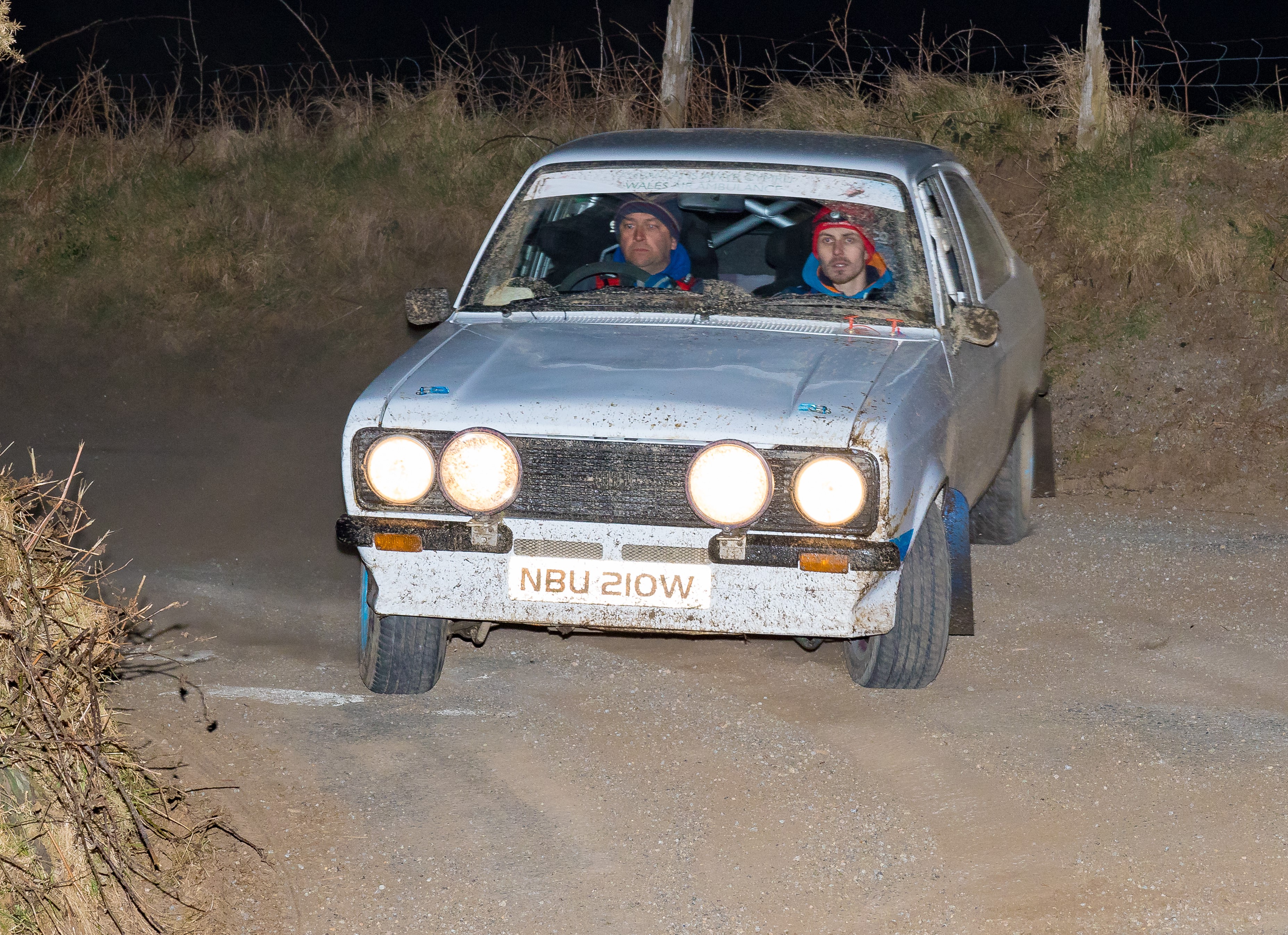 
A night long battle for the lead was resolved with Carwyn Evans/Dylan John Williams winning the Merfyn Hughes Memorial Rali Llyn. With the fastest crews dropping time at ten controls through the maze of lanes on the Llyn Peninsula, the winners and second placed Kevin Kerr/Huw Rhys Manion were separated by just four seconds at the Finish; the lead having changed on a number of occasions. Steven John Williams/Paul Roberts completed the Escort top three but were over a minute behind the leading pair of cars.

Fourth place went to Andy Davies/Michael Gilbey, giving them maximum Welsh Championship points for the second event running, and the navigator a perfect 300-point score after three rounds of the series. Their title campaign was helped by the retirement, due to sheared wheel nuts, of Mark ‘GT’ Roberts/Dylan Jenkins.

Kevin Davies/Owain Davies would have won the rally but were excluded after it was found that they had added a signature to their card for a secret check where they had failed to stop.