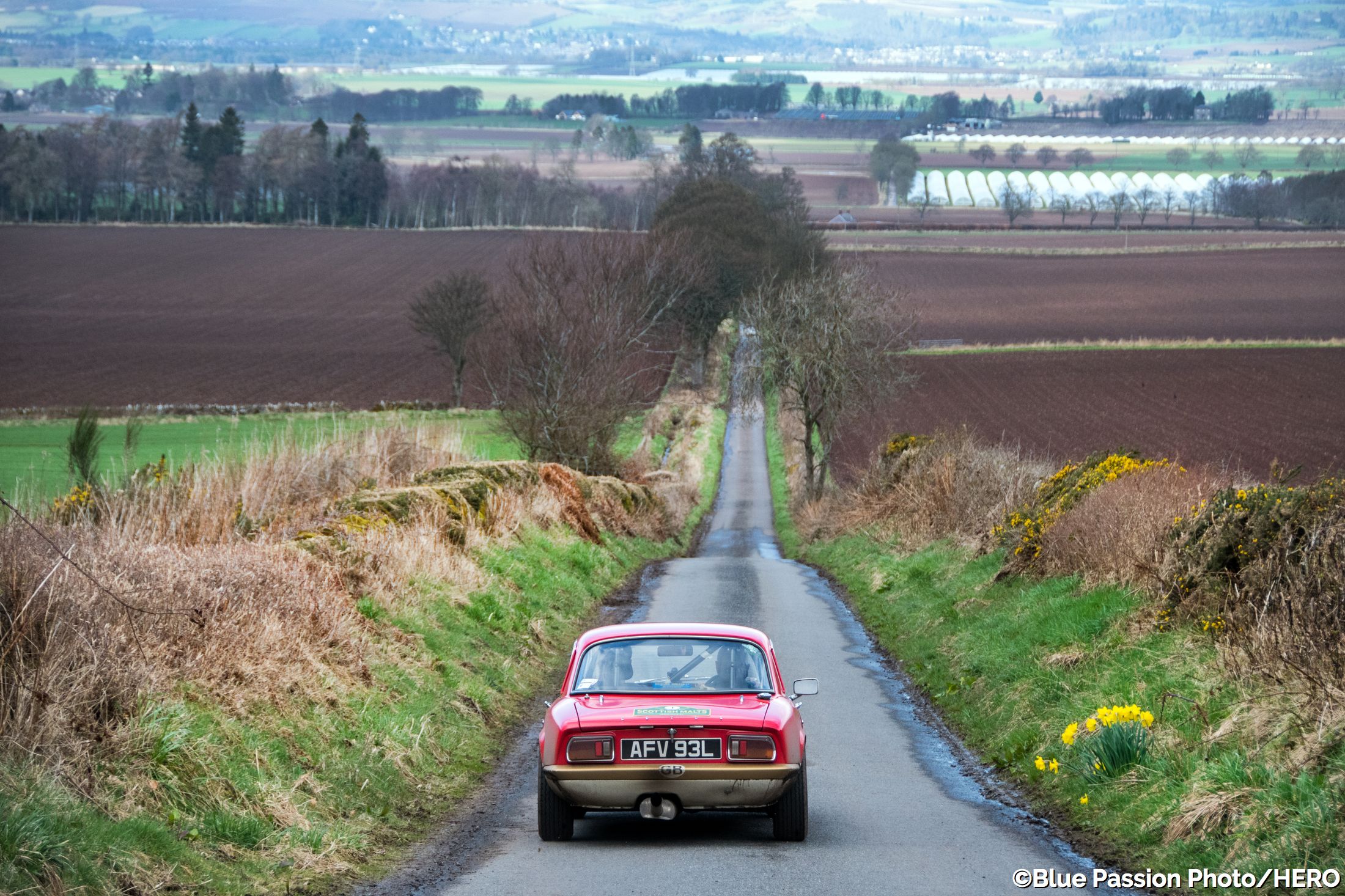 The 16th running of the Scottish Malts turned out to be a classic that will go down on rallying history for one of the closest finishes in the events history.

After 5-days and nearly a thousand miles around the many whisky distilleries, the top two were tied exactly on the same penalty.

A count back system was used on the ‘furthest cleanest’ rule, and that gave victory to the Lotus Elan of Graham Walker and Sean Toohey as they had a clean run through the first regularity section, the eventual second place crew of dan Gresly and Elise Whyte had dropped just one second - but it was enough.

80 crews started the event from all across the world including teams from America, Switzerland, Holland, Germany, Ireland and France. The spectacular Gleneagles Hotel would provide the perfect back drop for the start and finish locations.

The first day was supposed to ease competitors into the event, visiting Dunning the village where golfer Colin Montgomerie once lived, and Auchtermuchty which is the home of the Proclaimers.

A visit to St Andrews and this is where the rally started to turn with a few surprises put in by the organisers the majority of the field had already used there ‘joker’ designed to allow crews one mistake without being heavily penalised. Walker and Toohey took the wrong road and the mistake cost them 55 seconds reduced to 5 by the end of the day.

The only crew not to have a joker applied to their times eventually finished in third place overall and was truly a magnificent achievement for the 1934 Bentley 3/4.5 of Bill Clyndert and Jacqui Norman who received a standing ovation at the prize giving from fellow competitors and organisers.

Day one finished back in Creiff Hydro which would be the first of two nights here with a route that would take in more of Perthshire’s rolling countryside. Day two was a lot simpler with more concentration needed on timings rather than map reading. It was extremely tight at the top with twenty seconds separating the top 8 crews, after a circular route taking in Perth and Forfar, before returning back to Creiff Hydro via Dundee and back to Perth. Competitors would also have there first chance at opening up the throttle on the first special tests of the event. This was made even more spectacular as the pre-war cars rumbled round in front of a Spitfire on display there.

As we headed to Inverness, via Glencoe, Fort William and Loch Ness the strains and rigours of the previous days were taking their toll with a number of crews finding themselves parked up on the side of the road needing assistance from the on event service crew. Unfortunately, we would also see the demise and retirement of Paul Bloxidge and Ian Canavan who had worked their way up to second overall being very consistent after a messy day one, however the Porsche 911 would drop a cylinder making it virtually impossible to get up some of the steep hills. With a podium place gone and more possible damage done if they continued they decided to pull out.

77-cars started day four with more distillery visits on the schedule including; Glen Ord, Glenmorangie and Balblair, as we hit the furthest point north of the rally Boanr Bridge before heading south again.

It was another turning point in the overall rankings as the gaps between the top three extended to it’s biggest margin of the event, all three covered by a huge 18 seconds.

The last day would also figure a number of private estates and controls in lay-bys to catch out those thinking the run back to Gleneagles would be an easy one. Graham Walker and Sean Toohey looked nervous as they headed into the first regularity and by their standards they didn’t have a good days. Zeros and ones suddenly turned into threes and fours. For the chasing pack there was hope and so it proved with Dan Gresly and Elise Whyte going the other way, the gap was tightening, and others were also closing in.

By the time the crews reached the finish line there were 5 crews all in with a chance of taking the overall win, it was nail biting as the results crew crunched the numbers with the champagne on ice until the moment of truth. The final result was decided on count back after two crews finished with exactly the same penalty. One second is all that would separate them after 5-days of intense competition.