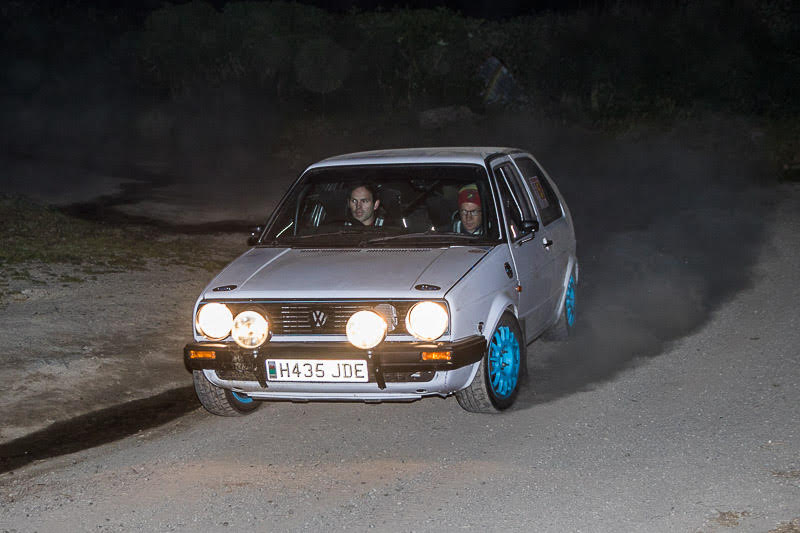 
The PK Memorial Rally was won for the second time in three years by Dale Furniss/Nick Bloxham. They emerged from a number of possible winners to finish with a victory margin of 43 seconds.

Positions at the petrol halt were tight as the leading crews had only dropped time at one control up to the break. At that point George Williams/Daniel Stone led by one second from the eventual winners, with Andy Davies/Michael Gilbey three seconds further back. After the restart Williams/Stone lost time, firstly with two overshoots and then with a likely solenoid problem which caused the car to cut out. They survived to take the runner up spot. Welsh Championship leaders Davies/Gilbey had their challenge blunted when they lost over 30 seconds after they met a non-competing car on a tight section; they finished in third place.

Top seeds Mark ‘GT’ Roberts/Dylan Jenkins had a bad start to the night, losing time as their car cut out on the opening section. They recovered to take eighth at the Finish.

Significantly for the Welsh series, Kevin Davies/Alan James crashed out early on. The same spot also accounting for the Escorts of Ian Lloyd/Cyril Jones and Richard Hunter/Garry Evans.

Having won the rally, Dale Furniss then rushed off to co-drive Osian Pryce to victory on the Red Kite Stages.