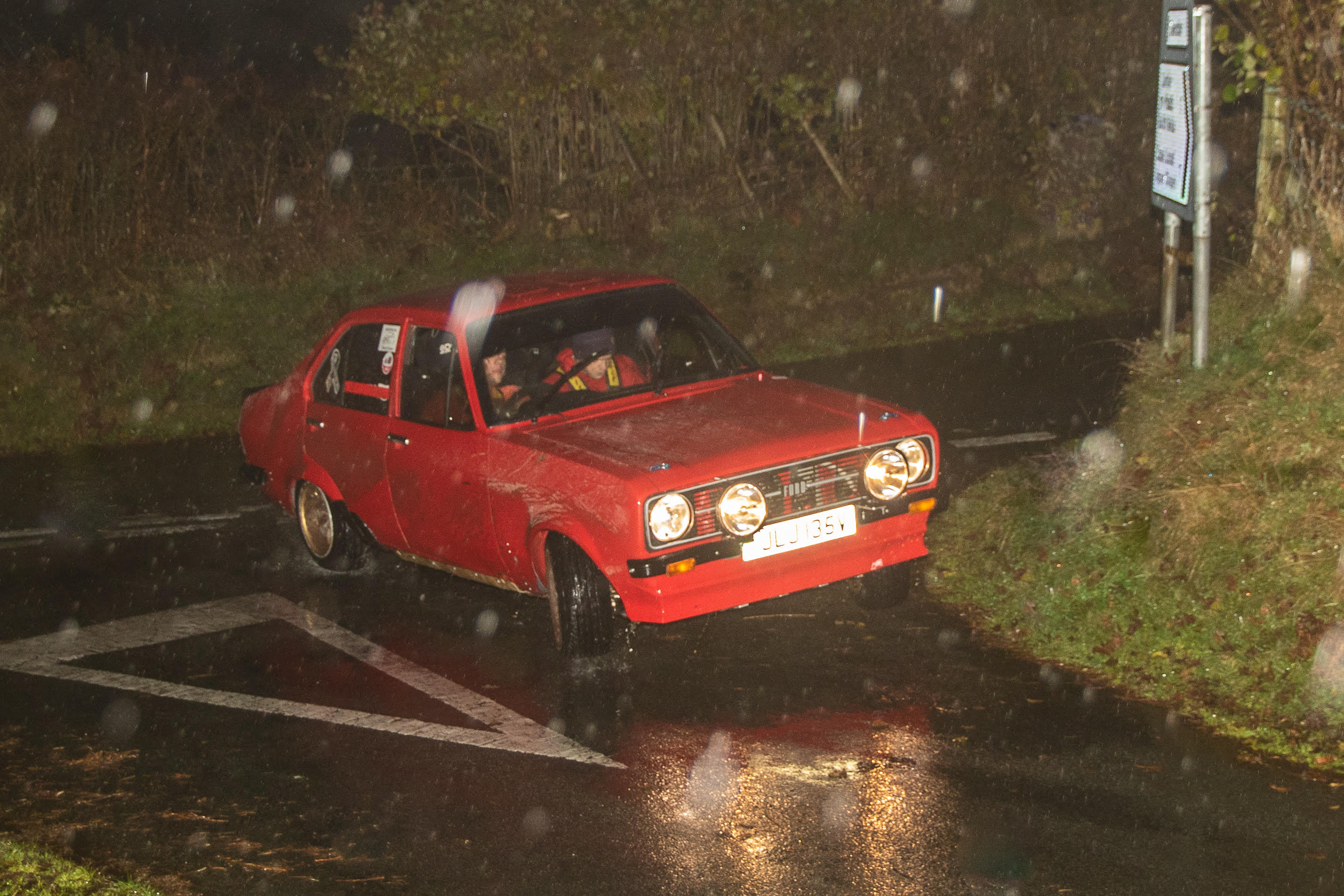 At the halfway point it appeared that the night would go the way of many previous events with Davies/Bowen having built up a healthy lead of 27 seconds. However, in the second half they just failed to make their time at a control timed to the minute, in contrast two of their nearest rivals reached the control on schedule; the one minute difference in penalty was critical. Reian Jones/Cadog Davies took the lead at this point and appeared initially to have won the rally. Unfortunately they had failed to get a code board counter signed, the fail for this offence dropped them down the order.