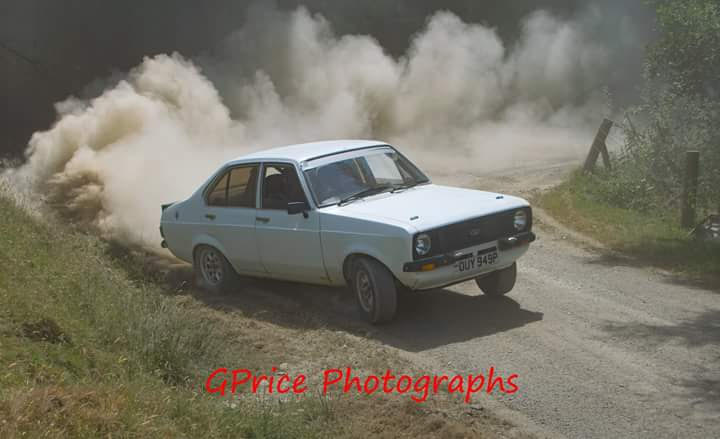 Clerk of the Course: Andrew Edwards


After a tightly fought first half, Dafydd ‘Post’ Evans/Carl ‘Slate’ Jones steamed away from the rest of the field on the Rali Dyffryn Twymyn to win by over a minute. Osian Pryce/Dale Furniss were fastest over the opening test of the Targa rally and were holding second place, one second off the lead, when their Fiesta ST broke a shaft on test 7.

Richard Williams/Lewis Morgan were the third part of this three-way battle and led until the longest test of the event just before the halfway halt. On that test the winners made a decisive break and led to the Finish. Williams/Morgan were then overtaken on the final test of the rally by the newly married Mark and Jorden Lennox. Elliott Stafford/Lewis Sim could have been second but failed to get a signature at a stop astride control.

The hot dusty conditions made the going hard for both competitors and marshals. Among the casualties who retired were Andy Davies/Michael Gilbey and John Rowlands/Catrin Price.