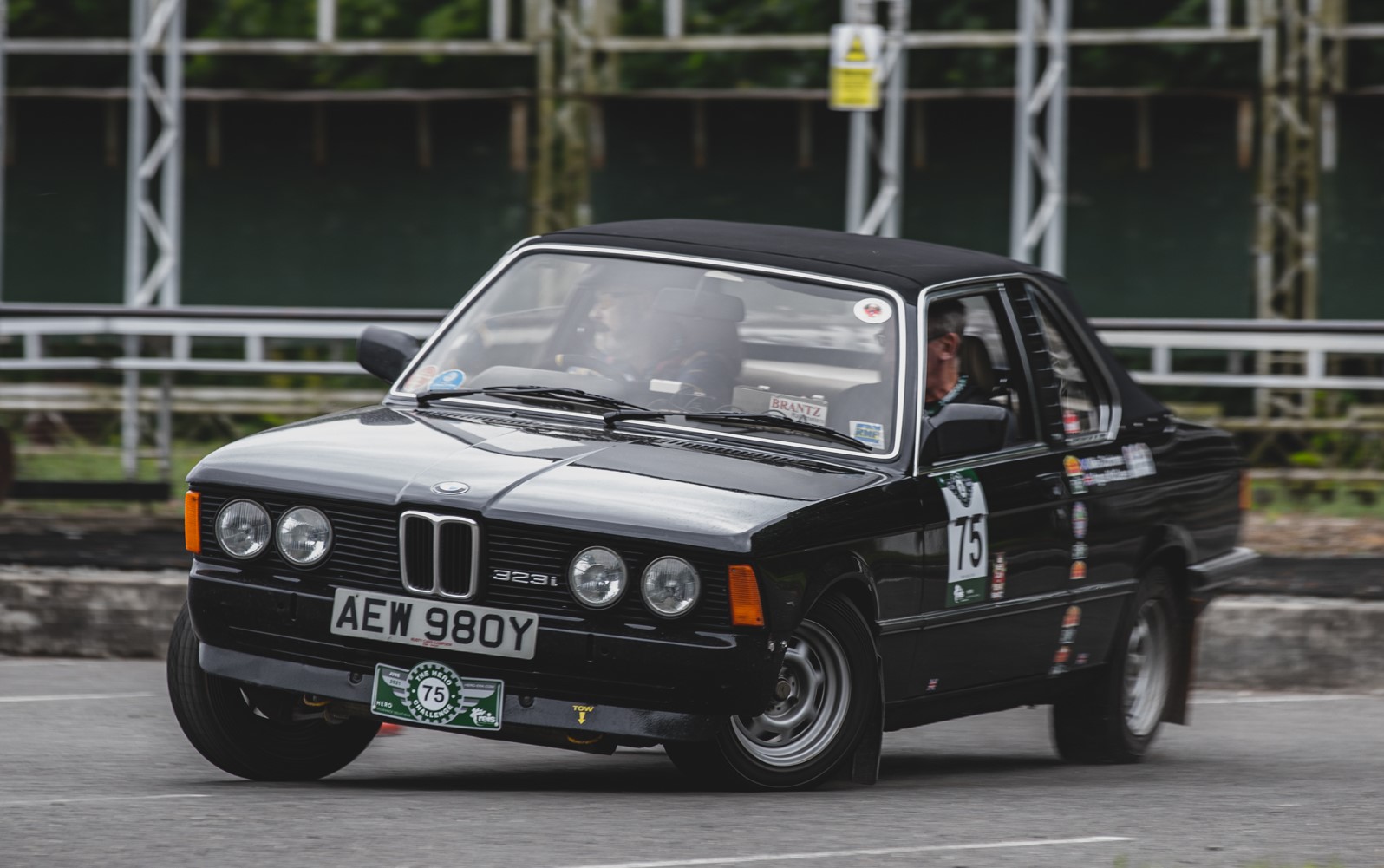 Clerk of the Course: Nick Reeves

Based at the Bishop Burton College, just outside Beverley, the one day competition took in eight tests and a similar number of regularities. Seventy crews took the start from the equestrian training venue which is used by UK Olympic riders and pentathletes.

Competition opened with a regularity, with three timing points, which looped south around Little Weighton and Walkington, to bring the crews back to the start venue, where two tests were laid out.

After these opening skirmishes Novice Trial winners, Alistair Leckie/Matt Outhwaite led. John Lomas/Pete Johnson were on the same time; due to some late withdrawal and car changes, they were the only starters in Class 1 (pre-1955 Cars) and, therefore, with the usual class improvement system being used, they were assured of zero penalties on the tests.

Things got trickier on the second regularity; the second timing point was situated on a complex junction near South Dalton. Twelve crews picked up either wrong approaches or departs at the control; this added 2 minutes 30 seconds to their score, a significant penalty when the leading runners were swapping a small number of seconds.

Lomas/Johnson, in their Riley Sprite, now led, but had Summer Trial winners, Angus McQueen/Mike Cochrane, sharing the same penalty. The latter crew had had a scare when their trip had stopped working just after the start, but they’d managed to get it working before the start of the first regularity and it performed faultlessly for the rest of the day.

By the end of Regularity 3, McQueen/Cochrane had moved into a clear lead; they finished the section, which took the route westward from Shiptonthorpe to Sutton-under-Derwent, two seconds ahead of Paul Bloxidge/Oli Waldock; the grandfather-grandson pairing were using their Triumph TR4, having used a VW Golf on their two previous outings in 2021. Leckie/Outhwaite were in third, two seconds further back, while picking up 12 seconds in penalties on the section dropped Lomas/Johnson from first to fourth. These four crews were to be tied in the battle for the podium places for the rest of the day.

As usual on HERO Green and Blue events, Masters were allowed to enter, but weren’t eligible for overall awards. Five crews took the start and the day turned into a battle between 2020 Challenge Two winners, Darren Everitt/Susan Dixon, and Stephen Owens/Nick Bloxham. At the morning coffee halt, after Regularity 3, the latter crew led by two seconds.

The break was followed by three tests in the wide open expanses of Elvington Airfield. Leckie/Outhwaite retook the lead here, as they found that their large Saab 900 Turbo was more suited to the faster trials and were quickest in their class on all three tests, this meant that they added nothing to their total. The chasers were now led by Lomas/Johnson, with Bloxidge/Waldock and McQueen/Cochrane behind. These four crews were separated by just five seconds.

After two more regularities, around Pocklington, Bloxidge/Waldock took the lead, but were tied on time with McQueen/Cochrane, a better score on at the opening timing points of the day putting them in front. After two more tests back at the start venue, McQueen/Cochrane held the largest lead of the event so far; they were five seconds ahead of Leckie/Outhwaite as crews took a lunch break.

In the Masters class Everitt/Dixon had moved to first place, leading Owens/Bloxham by three seconds. Elliott Dale/Charlotte Ryall had forsaken their regular Bentley for an Escort RS1600, but picked up a wrong test at Elvington.

Regularities 6 and 7 took crews to the north, looping in a wide arc around Middleton-on-the-Wolds; they were notable for using a large number of triangle junctions. It was towards the end of Reg 7 that a high proportion of crews were caught out by an instruction that showed a give way sign, although at the critical junction there was no sign, just the white lines. Navigators were misled and carried along the wrong road; almost half the field collect a maximum one minute penalty at the next timing point. Amongst these were Bloxidge/Waldock, this consigned them to fourth place at the Finish.

The last regularity also contained a tricky section, with one control, in a farmyard, causing a great deal of confusion. Critically in the Masters section Owens/Bloxham missed the farm entrance initially and dropped 45 seconds at the control, this allowed Everitt/Dixon to come home as class winners.

McQueen/Cochrane extended their lead over Leckie/Outhwaite by two seconds on the section, but then the Saab pair took that back on the final test, to leave the BMW crew to finish with a winning margin of six seconds. Lomas/Johnson completed the podium in third place.

For the second event in succession Mike Cochrane won the Clockwatchers Award for the best performance on the regularities, giving him a maximum possible score of 20 in the HERO Challenge Cup, a competition taking in the three HERO Challenge events in the year. Angus McQueen was denied a maximum score in the Drivers’ table as he was beaten to the Test Pilot Award by Peter Robinson, who had been ten seconds quicker than McQueen over the event’s eight tests.