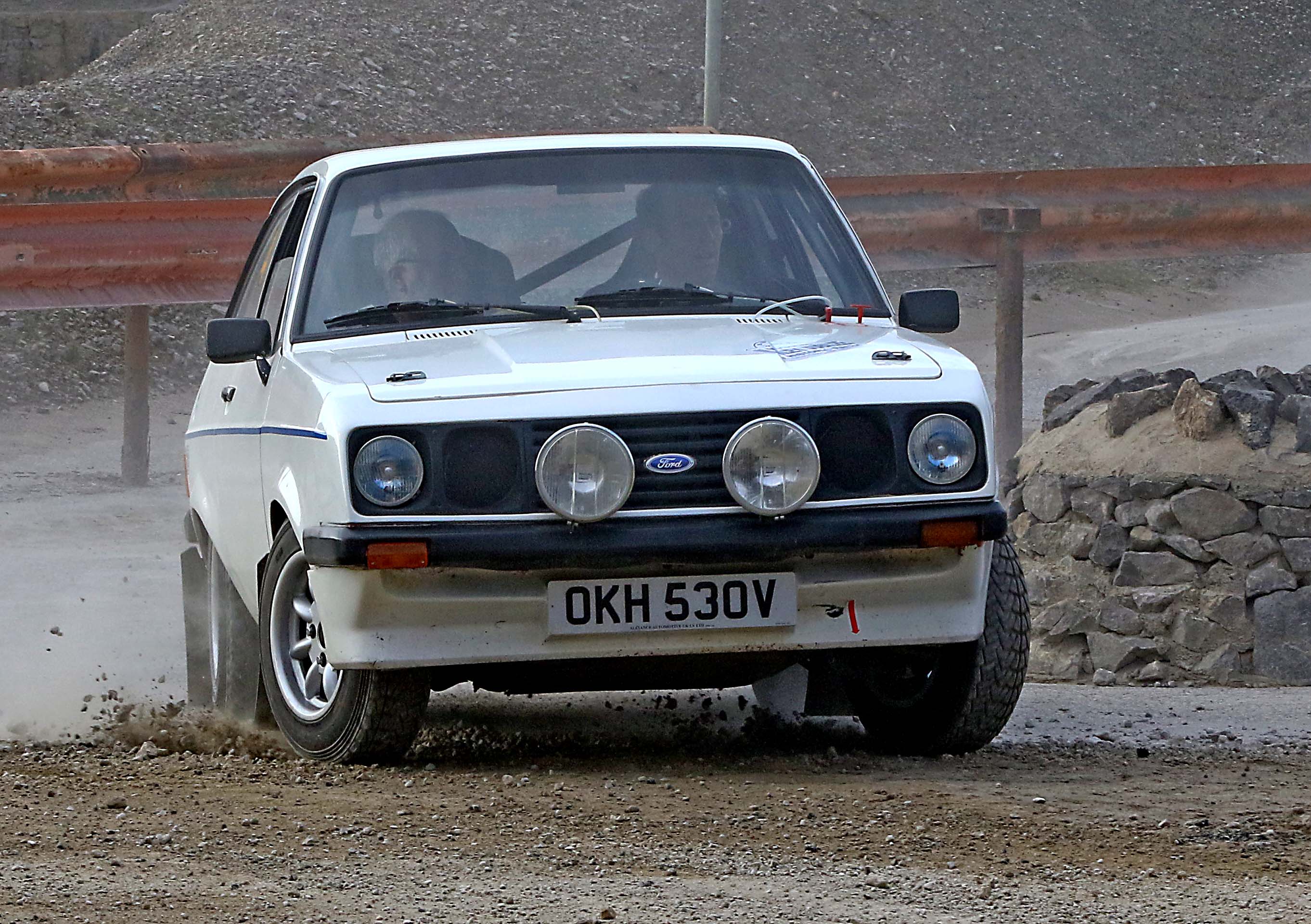 
Due to CoVid restrictions earlier in the year, Ilkley DMC moved their Jubilee Historic Rally from its traditional April date to September. It was Round 4 of the HRCR Clubman Championship.

In recent years the event has used the Catterick Ranges for a series of tests and regularities; the plan had been to do the same for 2021, but military training seemed to have put the Ranges off bounds and it looked at one point as if the rally would have to be cancelled. However, negotiations with the authorities resulted in a limited section of the MoD land being opened for the rally’s use. This allowed for a route that would meet a Championship status event.

Sixty-three crews took the start from Millstones at Blubberhouses on Sunday morning. Competition opened with a Jogularity, around Darley. The section had three timing points, two of which were in ‘old road’ lay-bys. Immediately in trouble were James Griffiths/James Howell (Mini 1275 GT) who got a wrong approach at the final control. They recovered during the day and ended the event in sixth place overall.

Coldstone saw the demise of Ken Jones/Charles Hughes, their Golf broke its clutch and they got no further. Rod Hanson/Clare Grove (Ford Escort) also left the fray as they found that their tripmeter wasn’t working.

A twisty Regularity 2 ran from Sawley to Kirkby Malzeard. Top seeds Paul Crosby/Ali Procter (Porsche 911) were best over the section, adding just four seconds to their penalty total. Head/Appleton dropped nine seconds and Warren/Appleton ten. This meant that Crosby/Procter leapt from third to first as crews arrived at the coffee halt at the Black Sheep Brewery in Masham.

Amy Henchoz/Rob Henchoz picked up a wrong approach at the second timing point on Regularity 2. The 2m 30s penalty spoilt their run for the day.

Regularity 3 took the route north from Masham to Leyburn. With the top three crews trading seconds, Warren/Pickering got back into first place, as Crosby/Procter struggled and added 24 seconds to their total.

The event now arrived at Catterick for the meat of the action. Regularity 4, denoted by a tulip roadbook, used the gravel roads of the plantation area. It was here that Head/Appleton took a lead that they weren’t to lose. They however had concerns as their starter motor stopped working, fortunately, this was resolved at the lunch halt.

Three tests on the Ranges were then tackled. Head/Appleton cemented their lead here as they were fastest on two and second fastest on the other. They arrived at the Leyburn halt with a lead of 12 seconds over Crosby/Procter. Beaumont/Fish were third, five seconds further back.

The Expert Category was led at this point by Leigh Powley/Brian Goff (Lancia Fulvia), who were in sixth. Graeme Cornthwaite (Morris Mini) were the leading Novice crew and were in tenth place.

Harvey Steele/Martin Pitt went out of the rally on the Ranges; a broken gearbox stopping their Volvo 144.

Regularity 5 was in the same area as Regularity 4 and, once again, the plantation caused many crews to struggle. Crosby/Procter took two seconds back on Head/Appleton; these crews putting the top two performances on the reg. The leaders pulled away once again as competitors tackled the final three tests of the event, also on the Ranges. Like on the pre-lunch tests, Head/Appleton were fastest on two and second fastest on the other.

A run south back to the start completed the rally, with four more regularities. The first of these ran from Preston-under-Scar to East Witton and was busy with cyclists and other traffic. Crosby/Procter caught a group of cyclists as they approached the final timing point and lost 37 seconds. With Head/Appleton losing just three seconds and putting in the best performance of all crews, the fight for the lead seemed to be effectively over.

Crosby/Procter had other ideas and didn’t give up. They gained back six seconds on Regularity 7, which ran from Ellingstring to Swinton, using the Fearby ford on the way.

The penultimate regularity was the only plot ‘n bash section of the event and it caught out a number of crews. Many took the wrong route before spotting the final control and correcting their error, but with significant time loses. Some simply missed the timing point; most significant amongst these were Beaumont/Fish, who had been in fifth place before the section.

A herringbone was used as the route instruction for the final regularity, which started at Low Lithe and used the private toll road at Hartwith Mills and the ‘Birstwith Maze’. There were just two timing points, but there was also a passage control on a Not As Map triangle after the final time control; this caught out 21 crews, including Jon Dunning/Roger Burkill (Alfa Romeo Giulia GTV).

Despite Crosby/Procter putting up the best performance of all crews over every one of the last three regularities, they finished the event just four seconds behind Head/Appleton.