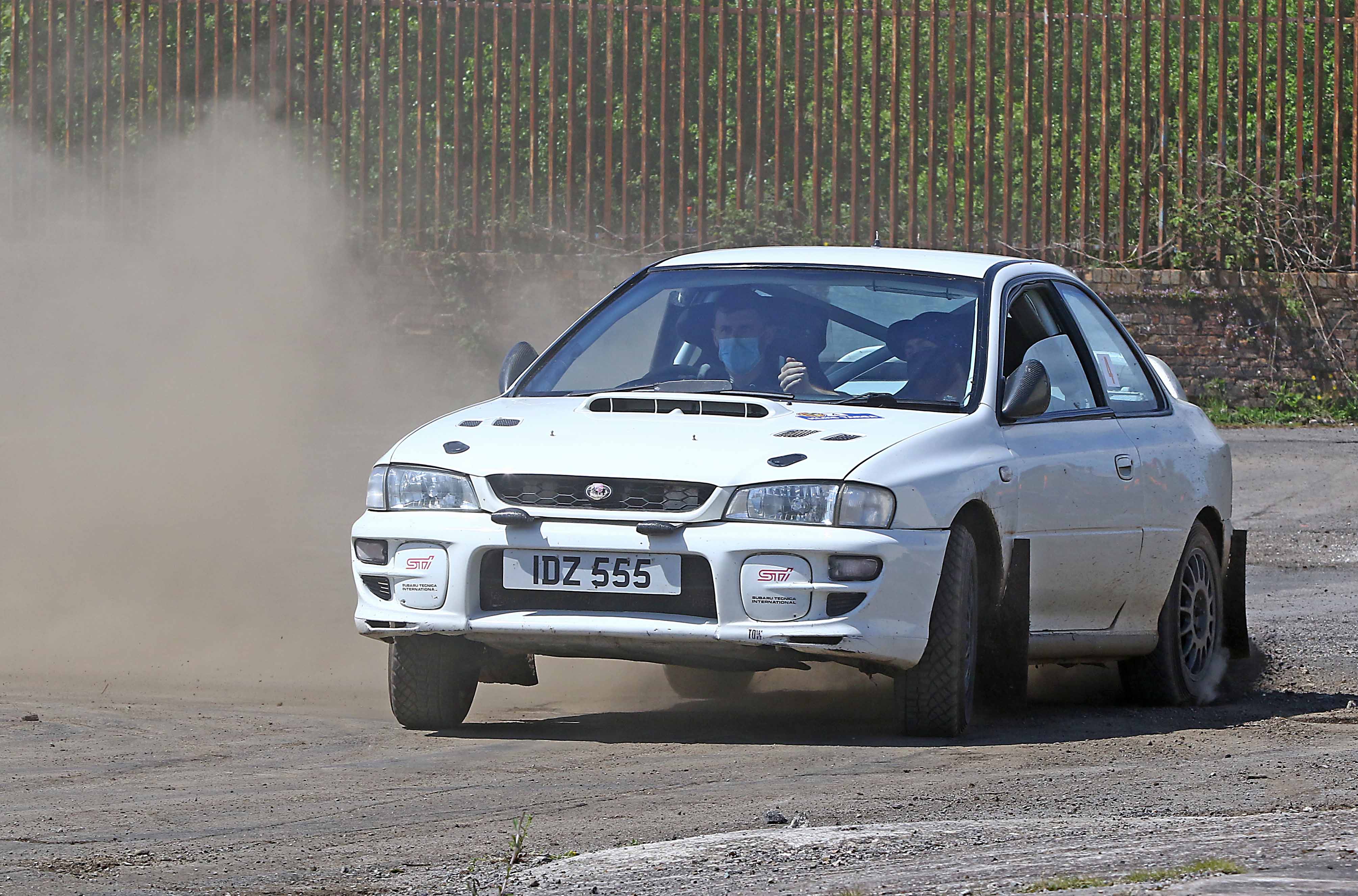 
Having run a targa rally just prior to the start of the National Lock Down in October, Kirkby Lonsdale opened up the 2021 season with a Targa based at the spacious Cockermouth Auction Market. Crews faced 18 tests in a route that was made up of three loops with six tests in each.

The meat of the action was once again at the ex-MoD Ammunitions Dump at Broughton Moor. There were nine tests in total at that site; three in each loop. Every loop also included visits to Workington Speedway, the old Alcan factory site at Lillyhall and, a new venue, at Dean Moor Motocross Park.

Demand for entries was high and the original 65 places was extended to 67 in an attempt to ease the frustration of some of those on the extensive reserve list.

There was to be no battle for the lead. Andy Davies/Max Freeman took fastest time in their Subaru Impreza on all of the first three tests, gaining a lead they weren't to lose. They arrived at the lunch halt after six tests with a lead of 34 seconds.

By the halfway halt following Test 9, the pair had extended their advantage to over a minute. However, on their second visit to Workington Speedway, they managed to pick up penalties for hitting a cone and failing to stop astride a stop line. Another cone fault on Test 11, saw their lead fall to 'only' 55 seconds.

Davies responded by taking fastest time on Test 12 and, with three further fastest times, he and Freeman sailed home to win by 1m 29s.

Owen Turner/Rachel Vestey (MG ZR) were outside the top ten after collecting a cone fault on Test 2, but stormed back to be in second place after Test 6. They then spent the rest of the day in battle with John Davies/Nick Bloxham (Ford Puma). The two crews were never more than a few seconds apart, but it was Davies who took the runner up spot at the Finish, with Turner six seconds behind.

Howard Price/Baz Green had been just two seconds behind Davies/Freeman on Test 1, but transmission problems saw their Impreza come to a halt on Test 4. They were one of only a small number of retirements as 62 cars made it through to the Finish; there were only five non-finishers.