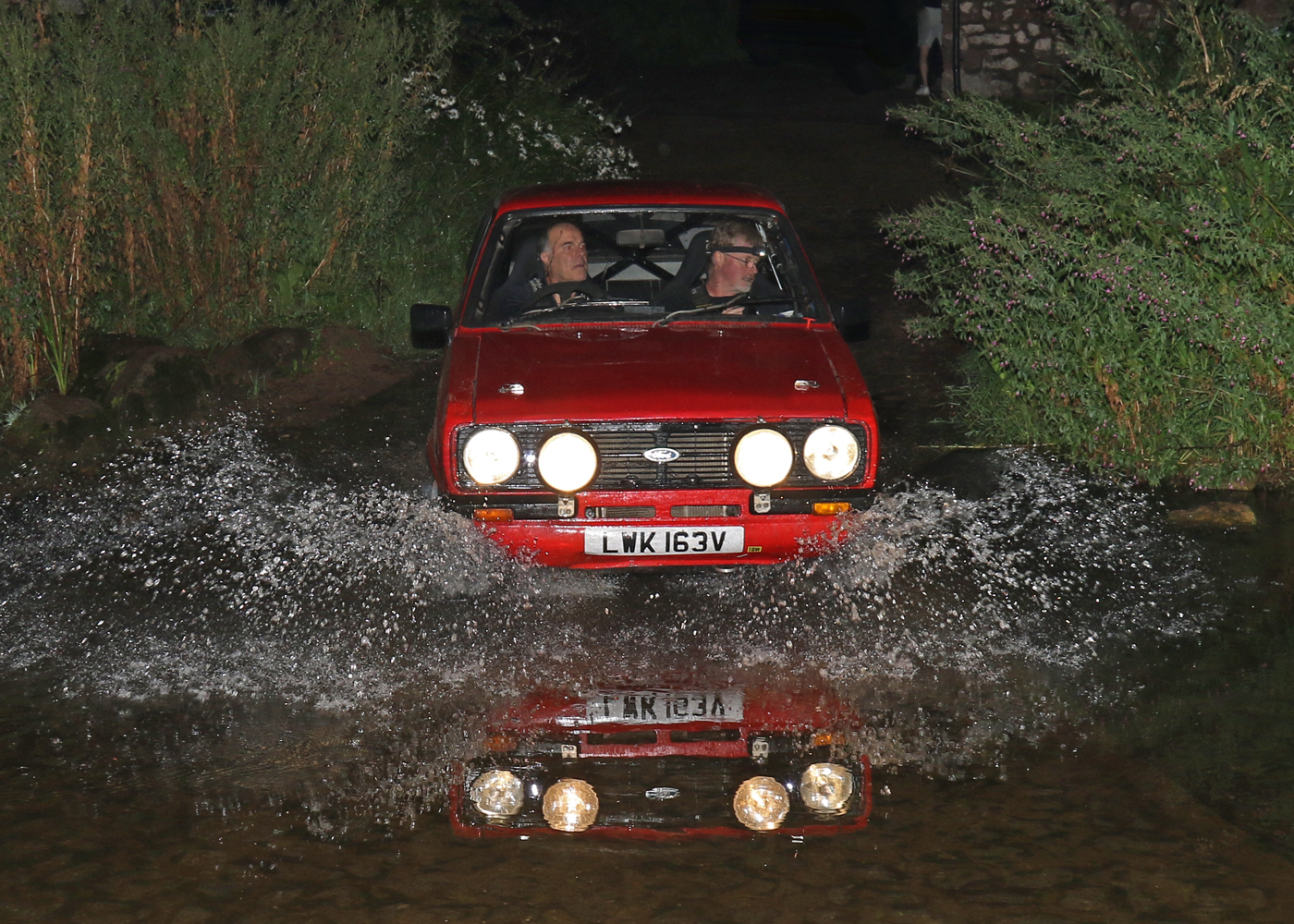 Clerk of the Course: Nick Townley


Kirkby Lonsdale Motor Club attracted 27 crews to its novice oriented The Harry & The Ivy Rally. The event was based at the Teebay Truck Stop just off Junction 38 of the M6.

Thirteen novice crews were joined by a similar number of more experienced competitors in the Open Class; the latter weren’t eligible for the overall awards. There was just one starter in the Beginners Class.

The organisers had laid out a 100 mile route. It was planned that there would be three time controls timed to the second.

Competitive motoring started just north of the start venue, on the B-road to Orton. The route took in six code boards, three on Not As Map (NAM) triangles. Car 2, Dan Sedgwick/Sam Ambler, got off to a bad start when they missed the first passage control of the night, which was located on the Scar Side loop. This added five minutes to their penalty total.

Historic stage rally ace, Darren Moon, with Richard Crozier on the maps, also picked up a five minute penalty after the crew missed a code board on a junction with the B-road running up to Street. They then added two more minutes by booking in early at the finish of the second section.

Four of the Experts were clean of penalties at the end of the first section. Andy Brown/Andrew Graham were the only Novices on zero penalties at the same point, however they, like Moon/Crozier, booked in early at TC4. This became immaterial soon afterwards as their Fiesta ST150 suffered a broken gearbox mounting and they had to retire.

The second section ran from Ravenstonedale, via Wharton Fell, and finished just outside Nateby. Most crews cleaned this, but there was some confusion as a number, including top seeds Richard Hunter/Gary Evans, missed a code board. It was later found that the board was 800 metres off plot and so the penalty was cancelled.

After a short non-competitive section, competitors faced a 14 mile run over Birkdale Common and Kaber Fell. It was on this section that Luke Tait/Josh Davison came to grief. They were one of the three Open Class competitors who were clean of penalties up to this point, but, put off line by sheep on the road, they went off into a ditch; the resultant damage put them out of the event.

A lack of marshals meant that the remaining two time controls in the first half were unmanned, but crews still had to locate four code boards in the lanes around North Stainmore. This didn’t trouble most of the runners.

At Petrol, which was taken at Kirkby Stephen, Tom Grice/Jamie Edwards led the Novice battle for the overall awards; they had dropped just one minute, this penalty having been picked up at TC2. Alan Bennison/Roy Hewitt were four minutes behind in second place.

Three Expert crews were still clean, these were Tony Harrison/Philip Savage, Hunter/Evans and Chris Farrell/Andrew Lowe. Pete Tyson/Neil Harrison were in fourth place on two minutes, but were to retire their Mini in the second half.

Harrison/Savage lost four minutes on the first section after the restart; this used an intricate route, defined by tulip diagrams, circling Waitby and Smardale. Bennison/Hewitt also lost two minutes hear as most of their rivals cleaned the section.

The next section used a number of whites around Little Ormside and then Haybanks. Grice/Edwards were the only Novice crew to clean the test. Mark Jones/Corey Powell-Jones, having struggled on other sections, excelled here, dropping just two minutes. Bennison/Hewitt picked up seven minutes of penalties, but were still in second place overall.

The final section started by the Tebay Services, on the bridge over the M6. Ignoring the traditional Waters Farm White, the route looped around it, via Ewelock Bank and Midwath Stead, and led to TC17 at Brethersdale Hall. After other TCs had been lost due to a lack of marshals, this was the only control timed to the second. All crews were late here.

Grice/Edwards, once again, were the fastest Novices, reaching the vital control almost two minutes in front of any of their rivals. They finished the event 17m 42s ahead of Bennison/Hewitt, who took the runner up spot.

Connor Stephenson/Adam Taylor were the only starters in the Beginners category and, despite struggling initially, they completed the route and so won the class ward.

Experts John Gornall/Martin Gornall were the fastest to TC17, but they had dropped four minutes on the opening section and so finished the event in third place in the Open Class. Before the section both Hunter/Evans and Farrell/Lowe were still clean. Hunter/Evans dropped 1m 48s at TC17, which was 45 seconds quicker then Farrell/Lowe, this decided the top placings in the Class.